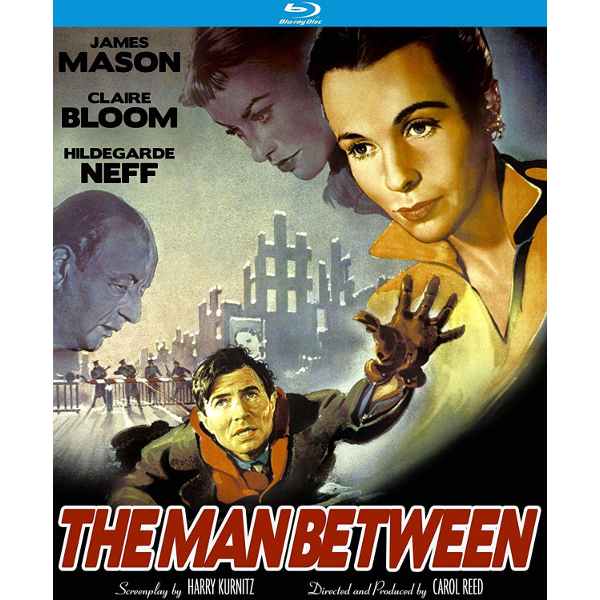 Critics compare this sophisticated spy thriller to Carol Reed’s earlier Triumph set in Vienna with Joseph Cotten and Orson Welles — but it’s a different story altogether, not about black-market evil but the perils of moral compromise in a divided Berlin. James Mason and Claire Bloom are stunningly good together, in a moody suspense that’s completely serious — no comic relief or ‘fun’ jeopardy to distract from the fascinating, you-are-there setting, a Berlin trying to rebuild itself. With Hildegard Knef, and an extended, beautifully filmed nighttime chase that seals an unlikely romance. On Blu-ray from KL Studio Classics.
11/09/19