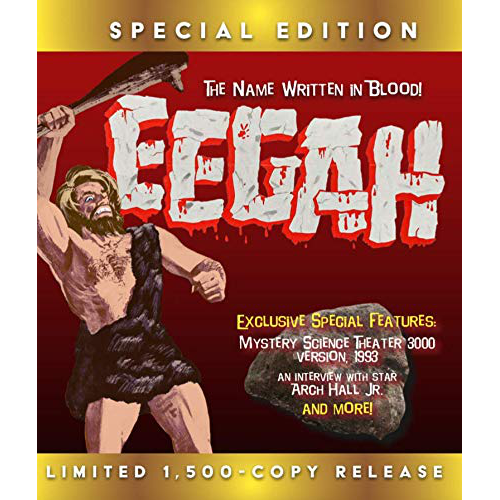 Mean-spirited ‘Bad Movie’ satirists forget that production values aren’t everything, even if the collected works of Barry Mahon and Coleman Francis say otherwise. This threadbare backyard production has ‘endearing’ written all over it. The Last Time We Saw Arch Hall (we never saw him a first time), he may have been cooking up a sequel to his maladroit teenage caveman epic … if only he hadn’t killed off the main character. But this Turkey actually performed in release: Eegah would rate its niche in film history even if Richard Kiel hadn’t become a star in James Bond movies. Co-starring Arch Hall, Jr. and Marilyn Manning; Gary Teetzel contributes a gallery of vintage Trade Paper notices for the picture. On Blu-ray from The Film Detective.
11/09/19