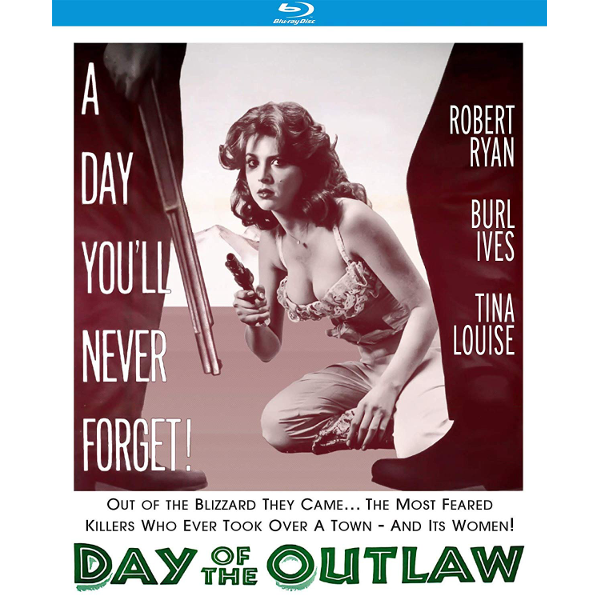 How does Hollywood sell a gritty, realistic western?  With a sexy shot of star Tina Louise!  Viewers will be surprised: this fine western is a showcase for the elemental ruthlessness we associate with director André de Toth — its convincing snowbound setting is so intense, we can almost feel the cold. Slick writer Philip Yordan sets up an impossible conflict as a blizzard moves in on a tiny town… Robert Ryan must sort out his feelings for the town beauty Tina Louise, as he negotiates with the he-boss of the killer crooks, Burl Ives. It looks as if Ryan has no choice but to volunteer for a suicide journey — but nature has the last word. Also featuring Venetia Stevenson, David Nelson, Nehemiah Persoff, Jack Lambert, and Lance Fuller, everyone’s favorite Metalunan, Brack. On Blu-ray from KL Studio Classics.
08/20/19