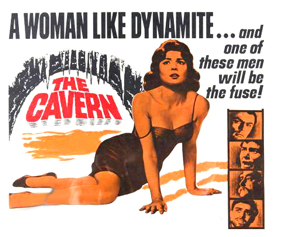 You may still have a chance to see them — this afternoon and evening TCM is showing movies by Edgar G. Ulmer, including a pair I barely remember, The Naked Dawn and The Cavern.
Plus the usual suspects The Black Cat, Detour, and The Man from Planet X. I keep tuning in for Detour, hoping a perfect print will someday surface. Best wishes to Arriané!

Joe Dante has circulated a YouTube link to a 1930s tour of Max Fleischer’s Animation studio in Florida … in Cinecolor. It’s at a YouTube link called Popular Science. I hope those animators didn’t wear those ties and tight collars all the time, in the hot Florida climate. 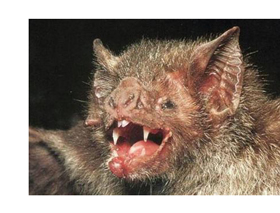 And if you’re on your way to Rio de Janeiro, don’t forget the wolfsbane, garlic and crucifixes. As reported by Gary Teetzel, they’re currently having a slight problem with vampire bats down there. Time to wear shirts with collars again.

As soon as I posted the review for the French movie above, I received a nice note from correspondent Pierre-Charles Robitaille, who reminded me that, in addition to “Renée Simonot (mother of Catherine Deneuve, born in 1915) and Gisèle Casadesus, a noted member of La Comédie Française (b.1914), the beautiful Danielle Darrieux, on May 1st, joined the circle of French actresses who have lived for more than a century.”  Thanks, Pierre.

And finally, before I forget, the news has broken online that Kino will be remastering and releasing on disc the two seasons of Leslie Stevens’ and Joe Stefano’s Outer Limits. That’s great news for those of us who shivered in front of our TVs wondering what it meant that a ‘control voice’ was taking over our televisions. They say that season one will hit this Fall and season two next Spring. I asked OL expert David J. Schow a while back if the show was filmed allowing for widescreen, so that it could be re-formatted and shown theatrically overseas. He said no, so we’ll have to make do with all those great Conrad Hall images in the flat format. But the HD clarity should make them look MUCH better — all those misty shots in the Outer Limits style will no longer resolve as digital mush.