Big disc release news today … most of which has already circulated but is definitely worth repeating. First up is the announcement that Criterion is going 4K Ultra HD, initially on a select handful of prestige titles. The new line rolls out in November, and the first six titles include something for everyone: Citizen Kane, Menace II Society, The Piano, Mulholland Dr., The Red Shoes and A Hard Day’s Night.

The initial announcement says that a Blu-ray with the special features will be included as well, and that some films will be presented in Dolby Vision HDR and Dolby Atmos. 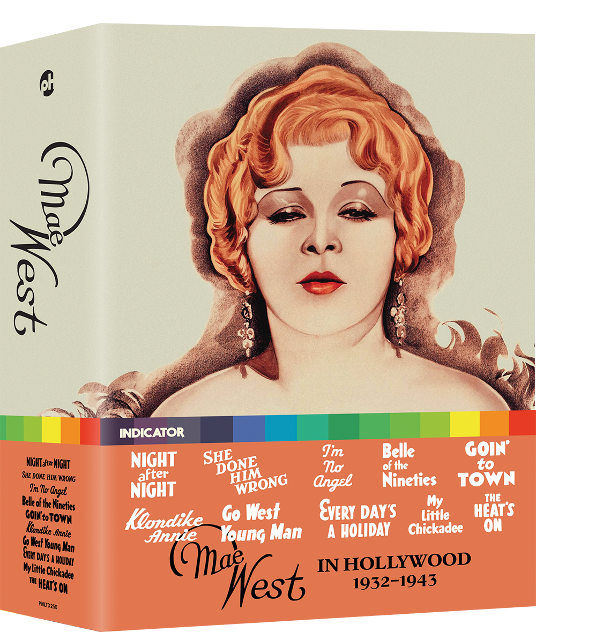 ←  Kino Lorber recently released a series of Mae West features on Blu, so a selection of the best of the ‘Belle of pre-Code Innuendo’ is already fully available here. But UK’s Powerhouse Indicator label Will be coming out with a lavishly appointed Mae West in Hollywood 1932-1943 collection in November. The boxed set will likely be Region-B limited, but PI is known for their extensive extras.

The titles in question are Night After Night, She Done Him Wrong, I’m No Angel, Belle of the Nineties, Goin’ to Town, Klondike Annie, Go West Young Man, Every Day’s a Holiday, My Little Chickadee and The Heat’s On. It’s ten titles on six discs. 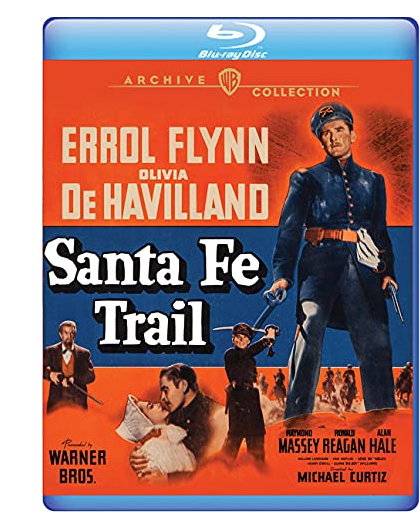 →  The Warner Archive is going all odd on us… we love that they continue to release Blu-rays of vintage titles, even if we’re given odd items like Humphrey Bogart in Chain Lightning. We were thrilled by Errol Flynn in a slick restoration of The Sea Hawk and a fine remaster of Objective, Burma!, discs that encouraged us to eagerly anticipate maybe Captain Blood, The Charge of the Light Brigage or Gentleman Jim. We instead find ourselves with the odd Public Domain item Santa Fe Trail, a beautifully directed Michael Curtiz film that’s nobody’s idea of a great picture. The best thing about this odd historical pastiche is Raymond Massey as John Brown; Massey is even better as a religious maniac than he is as Abraham Lincoln. And I like somewhat shaky films about the civil war era.

Some fans have already jumped to the conclusion that the Archive will now unveil sparkling new editions of other Public Domain favorites like Life with Father, which is not at all likely. In what I’ve observed, there’s been no way to predict what’s next on the Archive’s list. For a while it seemed as if they had a moratorium on vintage Technicolor musicals, and then last year produced an impressive string of classics.

We’re of course concerned about the future of The Warner Archive Collection, and in the absence of any concrete news can only hope that the powers that be are swayed by the label’s financial success — a great manuy loyal, enthusiastic Blu-ray customers out there don’t want to be left high and dry.