This first item you may not believe … I’m contributing to yet another Blu-ray release, the third in three years, of Sam Peckinpah’s  Major Dundee. This one is from the UK-based company Arrow Video, and they’ve rounded up everything they could find on the film.  Yes, it looks as if ‘Dundee According to that Erickson Guy’ will be getting more play — they’ve licensed both Viavision’s commentary from last year with Alan K. Rode, and my first Explosive Media commentary from 2019. As you can see, some new artwork has been generated, from artist Tony Stella. Here’s what disc producer Neil Snowden tells me is on the list of contents: 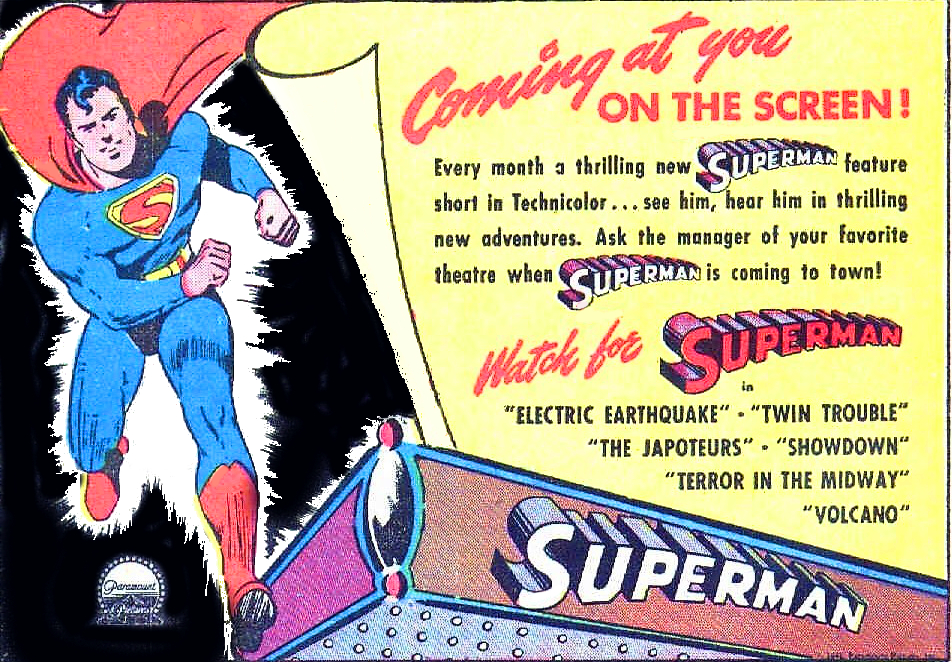 For extra fun, we have this item forwarded by correspondent-reviewer “B”:  delving into some compilation books, he found images documenting cross-promotional activity between DC comics and Paramount Pictures, which of course licensed Superman for a series of Technicolor cartoons in 1941. The first panel is a 100% advertising tie-in, from a 1942 comic book (Superman #19, Oct./Nov. ’42).  In the same comic book is the feature story “Superman, Matinee Idol”, a so-called ‘imaginary’ Superman story. According to writer Jim Korkis it is Superman’s first non-canon Imaginary story. 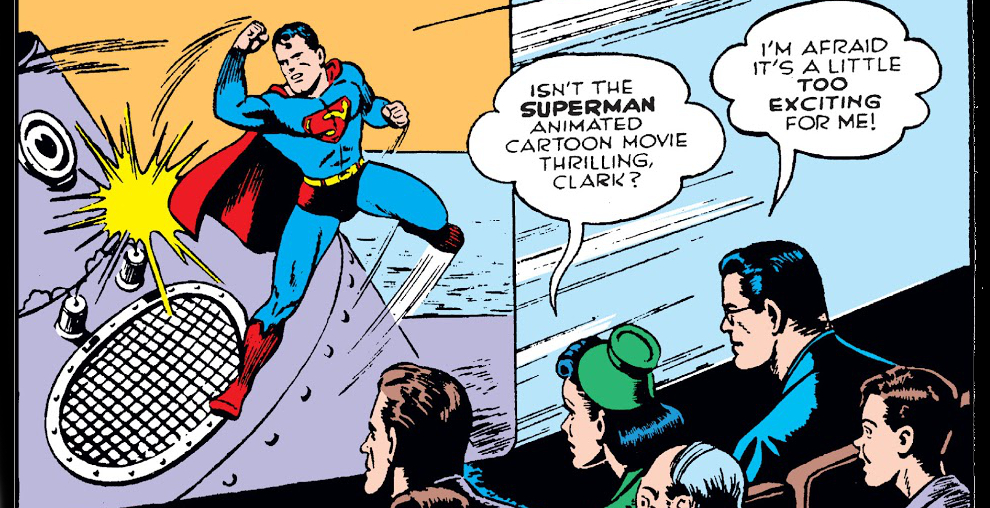 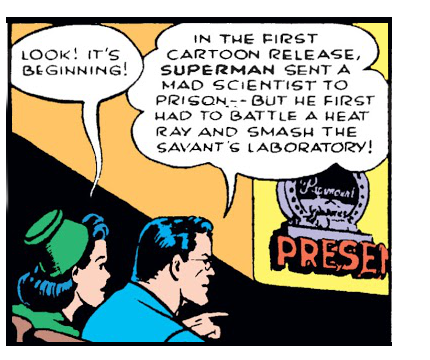 The self-referential humor is pretty striking for 1942, as is is the amazing prediction of things to come: I always wondered who smashed my laboratory. ←

The tie-in angle is tub-thumped fairly strongly… ‘literature’ for children back then must have been shot through with merchandising come-ons, because later 1950s kids like me were strongly influenced by Mad Magazine, which called out such mercantile ploys. I still quietly resent paying money for something and then becoming a captive audience for an ad, as in movie theaters. In a Superman comic I’m sure I didn’t mind. Plugging the Blu-ray above?  I’m innocent — you didn’t pay to read this.

Writer Jim Korkis says that when this story was later reprinted, DC removed all references to Superman creators Jerry Siegel and Joe Shuster, who at that time were suing the company for creators’ rights. I also noted that there was no mention of the Fleischer Studios in the comic story. (If you can’t ‘zoom’ the images, they enlarge when opened in a new window.)

Jim Korkis’ fine 2019 article about this ‘lost cartoon’ is at Cartoon Research.