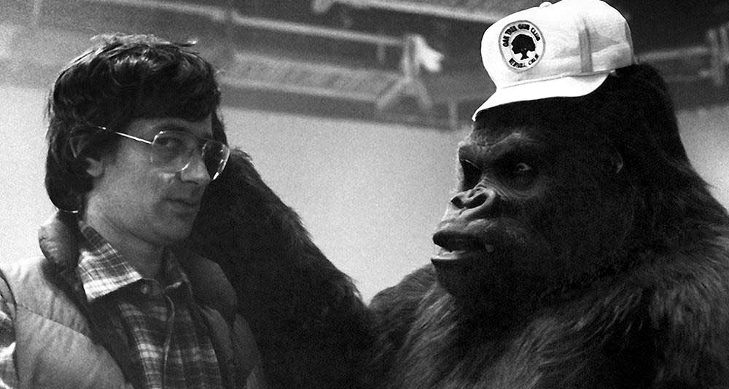 Writing the King Kong ’76 review was a workout … I have friends to thank for correcting my faulty memory. But I forgot about one more wrinkle, and a notable one. I’ve seen makeup specialist Rick Baker several times at events, book signings, etc., but I forgot that I met Baker ‘sort of’ on the set of 1941 late in 1978. I say ‘sort of’ because I never saw his face.

The first shoot on 1941 was the Ocean Park Amusement Park miniature, which filled half of MGM’s giant Stage 30, the famous Esther Williams stage with the enormous water tank. Tension was high during filming, until the all-important Ferris Wheel gag came off like a charm. The Wheel was so impressive, and the subsequent filming of Ken Swenson’s terrific radio controlled tank so smooth, that the pressure came down considerably. Greg Jein’s miniature prop makers won the full admiration of Bill Fraker’s demanding camera crew. 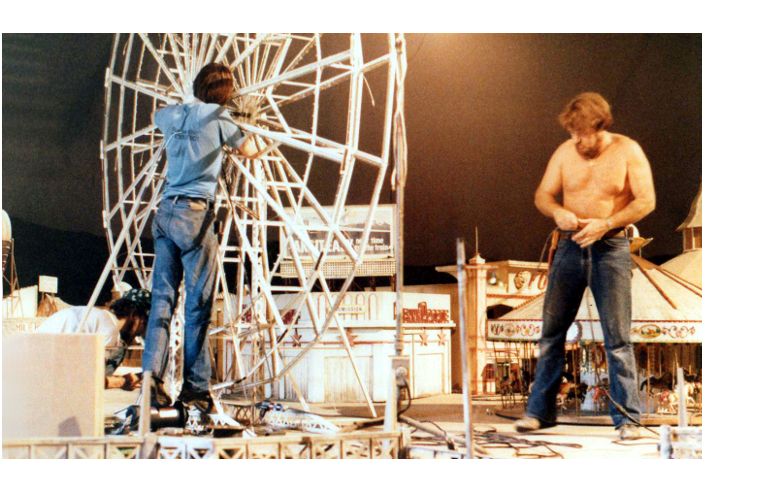 John Landis had been on the miniature set a lot, joking and having fun. On the last day of filming my fellow production assistant (soon to be promoted to Associate Producer) asked me to help cue something special. As a surprise, Landis had asked his close friend and collaborator Rick Baker to don one of his ape suits (I assume he had more than one) so that when Spielberg called the wrap, he could rush out onto the Ocean Park Set as if he was going to destroy it, like King Kong would. I knew all about Rick Baker from Landis’s movie Schlock and his achievement in Kong ’76, but when I opened the trailer to tell Baker it was time to come out I wasn’t prepared for the sight of the ape suit. I believe he was in there with his wife (?) who had helped him ‘dress.’ All I did was smile, and say something dumb like, ‘this must be the suit from Kong.’ There was a delay and somebody else went out to actually bring Baker to the set, maybe Landis himself. The gag could only be so effective because the lights on the big miniature had already been turned off and the wrap called. Baker/Kong did indeed do a one-minute rampage through Ocean park, waving his arms. Spielberg thought it pretty crazy.

Because of the dim lighting, the only photos taken of the gag were semi-silhouetted. I thought one was printed in The Making of ‘1941’ but apparently not. The miniature crew was almost too exhausted to laugh. I remember master prop maker Tim Huchthausen not being happy, concerned that ‘Kong’ would smash his beautiful carousel with its painted horses. But Kong was respectful.

The best pictures were of Spielberg mugging with Baker/Kong afterwards. In the photo I somehow ended up with, Kong’s perfect-looking ape hand is wrapped around Steven’s neck; he’d engineered these ‘finger extensions’ that gave an impression of full dexterity. Baker is wearing Spielberg’s cap, from the ‘Oak Tree Gun Club’ where John Milius held frequent gatherings.

You had to admire Rick Baker and that suit … most actors in monster suits can’t see where they are going or what they are doing, but Baker barely needed assistance to move through the set, and climb stairs. It was just one of many amazing days on that movie, with so many stars, stunts, and action comedy set pieces.

Plus one more item … the Warner Archive Collection promised a big holiday bounty of desirable discs, sort of a pandemic surprise. They’ve certainly come through. I need to get reviews going on these right away! 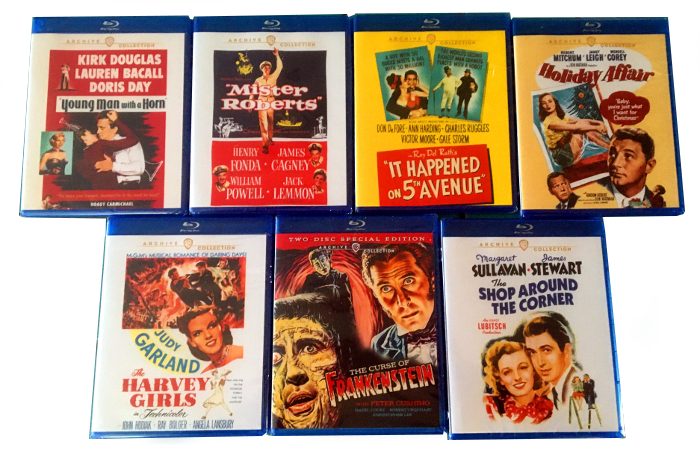