The CineSavant column soldiers on…  First up, Dick Dinman has a new podcast show ready, about the recent Criterion release The Lady Eve. His guest is Preston Sturges’ son Tom, who once wrote me to say that he too thought the ‘mystery legs’ hanging from a tree in Sullivan’s Travels were plenty funny. Dick’s interview piece is at his DVD Classics Corner on the Air page. 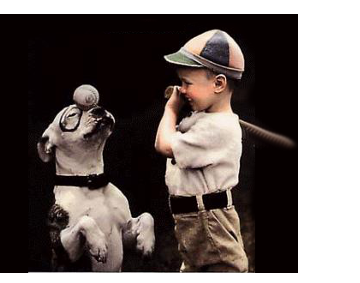 Then we have a pair of kickstarter campaigns, to fund worthy, interesting restorations.

David Kawas over at ClassicFlix has started an Indegogo campaign to preserve and restore the Little Rascals library of short subjects. It’s badly needed — I need to do some snooping to figure out how to distinguish The Little Rascals from Our Gang. Kalas’ first proposed disc is called The Complete Little Rascals – The ClassicFlix Restorations, Volume 1 and would include the first 22 sound short, from Small Talk to Dogs Is Dogs. The Indegogo page is informative in itself. 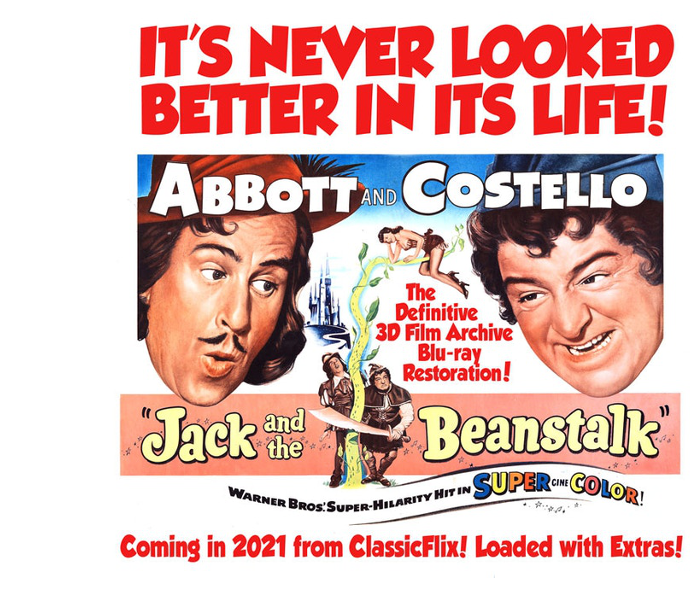 Next, Bob Furmanek and the 3-D Film Archive announce a big Kickstarter Campaign to rejuvenate a childhood favorite that really needs it, the Abbott & Costello Jack and the Beanstalk. It was independently produced and originally released by Warner Bros.

I have to admit I always loved this thing as a kid, and that Costello missed a bet by not making more movies aimed at tots, especially because he kept using his ‘infantile’ schtick. I even love the music, dancing and other aspects of the sweet-hearted little production. The ‘prince’ character has EXACTLY the sickly smile and hairdo I remember from kiddie storybooks. The movie was originally in color… make that Super Cine Color. Bob Furmanek says they’ll be able to perform a restoration as perfect as their previous A&C accomplishment Africa Screams. 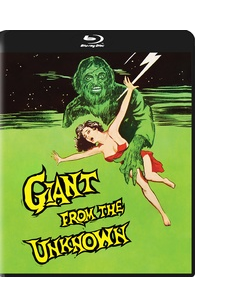 And finally, check your thermometers because Hell may be freezing over… the film collector and disc entrepreneur Wade Williams has licensed a title for Blu-ray. He’s starting modestly, with a promising disc of Richard Cunha’s 1958 ressurrected-Conquistador-on-a-rampage saga Giant from the Unknown. The new transfer is said to be taken from the original negative. The extras would seem to have been corralled by Tom Weaver, who contributes both a commentary and a booklet essay.

The disc company of note is The Film Detective, a fine outfit that does very good work. We want the disc to do well, and thus encourage Mr. Williams to let the spice discs flow. We’ve heard chatter about The Film Detective releasing the Williams-held Ed Wood masterpieces; perhaps next up we’ll also get fun discs of Frankenstein’s Daughter and Missile to the Moon.

Wait a minute, what is this, appreciate Buddy Baer week?  He’s the title star in both Jack and the Beanstalk and Giant from the Unknown.

I think I’ll save the next batch of vintage capsule reviews for Saturday. Thanks for reading! — Glenn Erickson