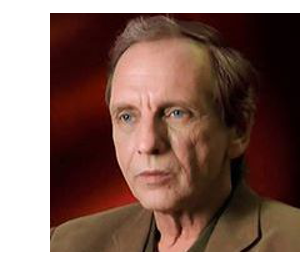 I’d like to take a few moments to remember a real character who passed away a few days ago, a genuine ‘monster kid’ who made his mark in Horror and Sci-fi fandom. We knew that Ted Newsom wasn’t in the best of health, as he had part of a lung removed several years ago. But I wasn’t aware of his failing condition, especially because his disc commentaries have kept coming, one after another. I knew Ted through both Stuart Galbraith IV and Wayne Schmidt, and would see him from time to time. He’s the kind of guy that odd stories collected around; he seemed to encourage them. Quite a while ago, Ted produced a Hammer Horror video documentary with some good interviews. He reunited Peter Cushing and Christopher Lee in an interview session; it was all covered in loving detail in Video Watchdog. His series of horror docs continued, along with a video docu about Ed Wood. He contributed to the magazine Little Shoppe of Horrors and made his own sci-fi comedy, The Naked Monster.

I first met Ted twenty years ago, at a 35mm screening of some Revenge of Frankenstein outtakes that had surfaced. He amazed me by lip-synching most of the dialogue in the silent outtakes, on first sight — he had apparently internalized the dialogue of his favorite Hammer films. Of course, he wanted the little outtakes reel for a re-cut of his Hammer documentary, and wasn’t happy when it simply couldn’t be ‘slipped under the counter’ to him. 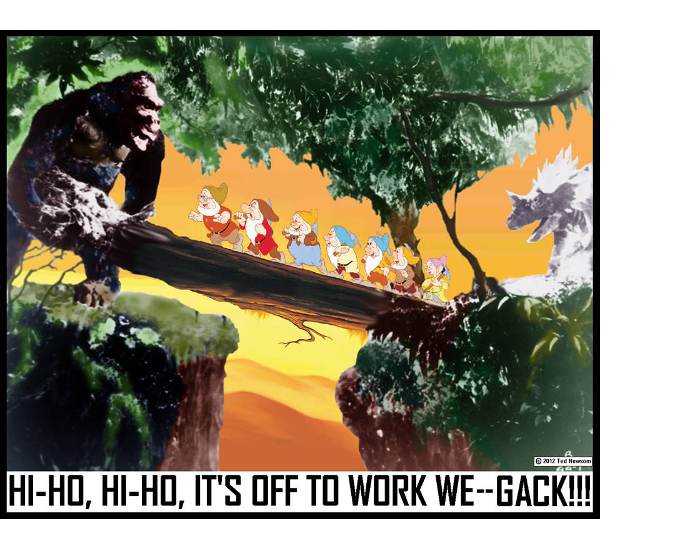 When Stuart Galbraith moved Ted Newsom spent a day trying to sell parts of a collection Stuart had left behind. That was when I talked with Ted the longest, and learned about his Spider-Man lawsuit, and his time in the Army. I also found out that he was a heavy smoker. In one-on-one talk Ted was quite friendly and fun — and unpredictable. For a while he had a job with Hustler magazine. That was weird enough, but on one Christmas he sent his friends some R-rated photos from the office party!

There were also times when Ted could be a handful. When the Hammer film Cloudburst was released on DVD in 2011, none of us had seen it or knew much about it, not even Ted. I invited him over to watch it with some friends and give us the benefit of his Hammer wisdom. That’s when I found out how argumentative Ted could be when he thought his opinion should prevail — usually on some tiny detail.

But Ted was always sociable, always working some angle and always enthusiastic. His wild sense of humor surfaced frequently on web boards and Facebook (along with some equally wild opinions). I have good memories of the Hammer audio commentaries he recorded for Anchor Bay DVDs back in the day. One of today’s CineSavant reviews features a vintage Ted Newsom commentary, with director Val Guest.

If you can tap into Stuart Galbraith IV’s Facebook page, he has up a candid but fair assessment of Ted — one of those ‘creative & complicated’ people full of unexpected surprises. Ted was always busy — performing a well-done colorization job on a classic monster photo, or Photoshopping a clever movie-related joke like the one pictured here. Some of them were Safe For Work!

Congratulations to Dennis Doros, film producer, co-owner of Milestone Film and the President of the AMIA, The Association of Moving Image Archivists. On July 21 the Turner Classic Movies cable channel will broadcast an AMIA show called Archival Screening Night. The collection of ‘incredible, strange, astonishing, hilarious and curious treasures from the world’s moving image archives’ will screen along with three other features as a tribute to Milestone films. So check your TCM logs. Full information is here. Mr. Doros was exceedingly kind to me ten years ago, when he invited me to see some of the archival screenings at AMIA’s ‘The Reel Thing’ festivals.