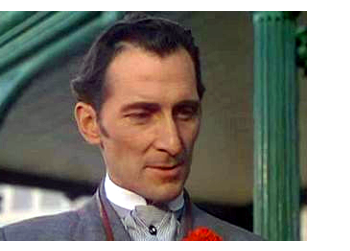 A trusted correspondent wrote me excitedly the other day to say that he’d seen the BFI’s recent restoration of John Huston’s Moulin Rouge in 4K. He reports that it looked great — wonderful color and not a bit of dirt or damage to be found anywhere. The audio is the same as it has been, good but not terrific. Moulin Rouge is an exceptional Technicolor feature in that Huston and his DP Oswald Morris experimented with ways to approximate the palette of colors associated with Henri Toulouse-Lautrec, a process which gave the Technicolor experts fits. I saw the show once in original IB Tech and remember it as being eye-popping. I hope a Region A Blu-ray is forthcoming.

One point of interest is, of course, that Moulin Rouge is the first film with both Christopher Lee and Peter Cushing. We’re not counting Olivier’s Hamlet, for even if Chris Lee is there lurking in the background, we don’t see him. When José Ferrer bitterly rattles off a list of the superior qualities of Peter Cushing’s Marcel to Suzanne Flon:

I wanted him to add:

“He can keep you safe from vampires. If you die he can bring you back to life.” 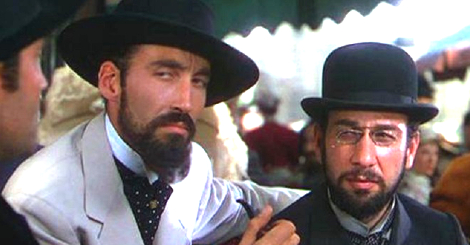 My correspondent thinks that what we need is a fake trailer for Moulin Rouge, one that gives proper respect to the presence of Lee and Cushing:

THE RED WINDMILL!
The SIN-SOAKED, BLOOD-RED refuge of the most DEPRAVED SOULS of Paris!
Who was the HIDEOUS MALFORMED man who came there each night to stare at the beautiful women?
Starring Christoper Lee as Seurat, the man who reduced women to mere splotches of tiny dots on canvas!
And Peter Cushing as the mysterious Marcel!   What was the STRANGE, UNNATURAL secret behind his winning race horses?
Special guest appearance by José Ferrer.
Rated P.I. — only Post Impressionists admitted. 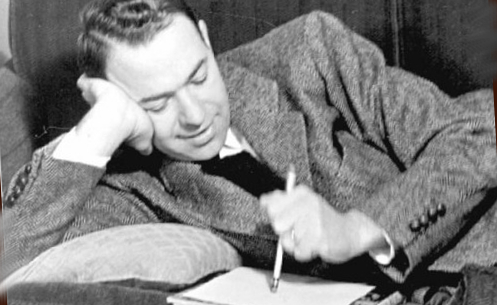 For fans of great song melodies and lyrics, here’s a link to a new interview recorded by correspondent Christopher Rywalt. The host is Bill Weinberg, and his interview subjects are Ernie and Deena Harburg, the son and daughter-in-law of Yip Harburg, the lyricist of The Wizard of Oz and Finian’s Rainbow, among many other songs and musicals.

Much of the interview discusses Broadway musicals, with some talk about New York’s Lower East Side, where the Harburgs still live. I’m told that there’s also a lot of political talk, since Yip was very progressive and poured a lot of that into his work — he co-wrote ‘Brother, Can You Spare a Dime. Harburg was blacklisted for a few years in the 1950s. Christopher says that the interview will probably be edited a bit before going live, he describes it as a ‘little rambly’ at the moment, but adds that Yip’s thoughts touch on some interesting things about Oz. I myself have only listened to the first few minutes, so like, caveat emptor, hepcats.

Today’s ‘Why is this picture here?’ link up top is a somewhat sad story, as there is still no really proper commercial Blu-ray available of The Horrible Dr. Hichcock out there that can be fully recommended. The link given is to Olive’s just-okay encoding of the English language cut. I find it really inferior to the great Italian original — which so far doesn’t exist in any officially subtitled version running at 24fps. Were Riccardo Freda’s film readily available, I think it would create a demand for its terrific but nowhere-to-be-found Roman Vlad soundtrack, which in my not-so-humble opinion is at or near the top of the all-time best-of list of spooky/haunted horror music. Bernard Hichcock’s slimy forbidden desires (muah-ha-hahahah) ooze through the weird, swooning music score.