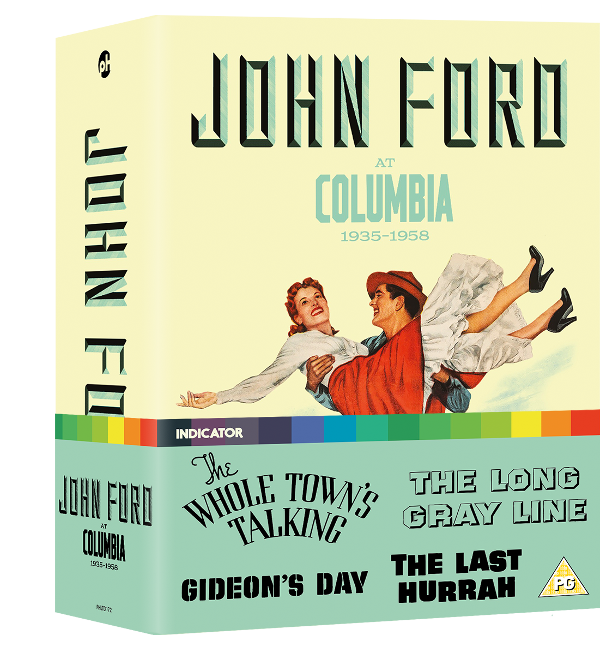 Powerhouse Indicator has announced an interesting Blu-ray box: John Ford at Columbia 1935 – 1958 will arrive on April 20. The set contains the hilarious The Whole Town’s Talking with Jean Arthur and Edward G. Robinson (already reviewed in a Twilight Time Blu-ray), the curious West Point biography The Long Gray Line, Ford’s first film in CinemaScope; the odd police story Gideon’s Day aka Gideon of Scotland Yard, and his Spencer Tracy picture The Last Hurrah, also released here already by Twilight Time. I’m most curious to see the West Point movie, which was always in need of an improved transfer. I’m not much of a fan of the last two, an opinion that sometimes makes me unpopular with the Ford faithful. 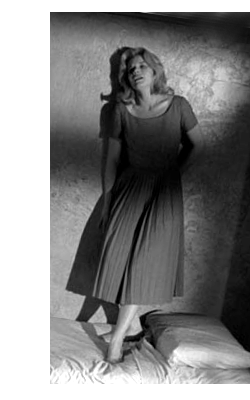 Also coming on April 20 from PI is Jack Garfein’s military school hazing drama The Strange One, a very good movie that always made me uncomfortable — I could tell there was something sexually off-level in the power games being played by Ben Gazzara’s amoral cadet. The mental domination and veiled sadism in The Strange One is pretty rough for the late 1950s. Between this picture and the next year’s Anatomy of a Murder, Gazzara launched his career with a pair of really dark (sick?) characters. It’s also an early appearance, if not the first film, by George Peppard.

Director Garfein passed away fairly recently; his other movie, an emotional ordeal with Carroll Baker called Something Wild (1961) is highly recommended as well. ( → )

I’m still receiving requests to review the new German Blu-ray of the Steve Reeves’ version of The Thief of Bagdad (Der Gauner von Bagdad), but all I’ve been able to see is a couple minutes’ worth of a friend’s copy, in pasing. The picture looked good, but seemed to be a bit squeezed horizontally; I’d have to play the disc on more than one machine to confirm that. It appeared to be a full-length version in English created by reverting to Italian for scenes cut for the U.S. (That trick of course fascinates me, as it shows exactly how a clever editor shortened the movie, sometimes taking out only a dialogue line here and there.)

But a correspondent ‘Chuck’ sent me a link to pretty good review at a site called PeplumTV. The reviewer seems to approve of the disc, and he doesn’t note any image distortion. The part of Der Gauner von Bagdad that I saw was pretty nice — the happy Arabian princess character looks like a fresh-faced California Girl. Childhood favorite Steve Reeves is charming, despite having only one ‘ain’t I a sneaky fellow?’ smirk on his face most of the time.