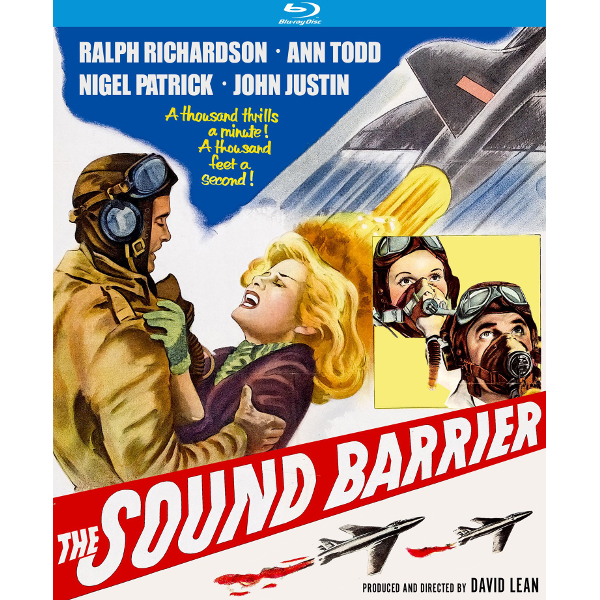 Why is David Lean’s stirring ode to British aviation so historically and technically bogus?  Because at heart it’s a science fiction film!  Ralph Richardson drives his test pilots and his own son to die on the altar of aviation R&D, in a tale focused firmly on futurism and the push to the stars. Nigel Patrick and Denholm Elliott struggle to measure up, while Ann Todd hugs her baby and resists. Watching this terrific production, you’d think the Queen had a monopoly on supersonic aviation. On Blu-ray from KL Studio Classics.
04/14/20