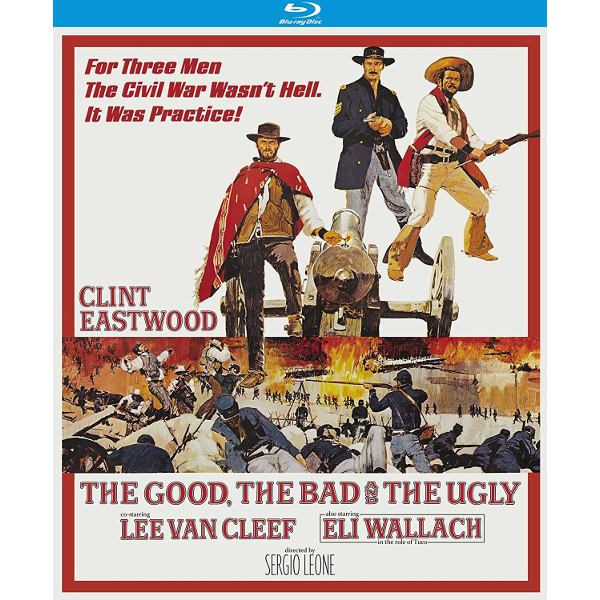 Will Blondie, Tuco and Angel Eyes be forever facing off on the giant threshing wheel? Sergio Leone’s Civil War gunslinger epic is everybody’s favorite western, and most everybody has a bone to pick regarding problems with the previous DVDs and Blu-rays. The good news is that Kino’s 50th Anniversary Special Edition takes giant leaps in correcting older audio issues . . . but the bad news . . .. On Blu-ray from KL Studio Classics.
8/12/17