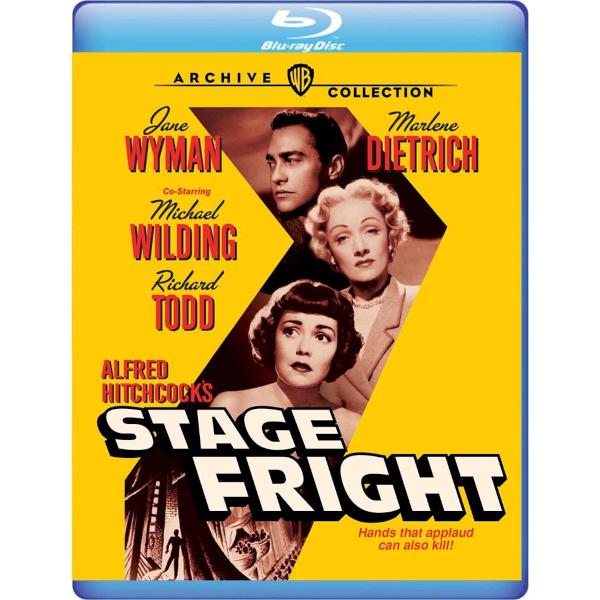 Alfred Hitchcock puts Jane Wyman in harm’s way, as she tries to rescue her unworthy boyfriend Richard Todd from a murder charge. Is Jane proving her love, or are both of them being manipulated by a scheming actress, Marlene Dietrich?  This is the movie in which Hitch inflicts a ‘frump complex’ on Ms. Wyman — she looks demoralized whenever she shares the screen with Dietrich. It’s also the movie that ponders the cinematic concept of ‘The Lying Flashback,’ which made perfect sense to Hitchcock but frustrated his audience. Also starring Michael Wilding, Alastair Sim and a cherry-picked list of English acting royalty; on Blu-ray from The Warner Archive Collection.
01/29/22