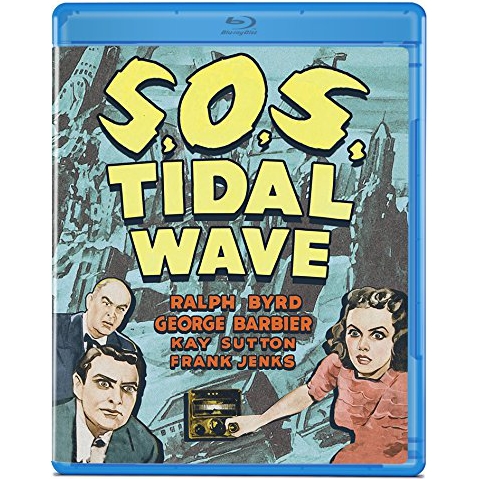 Republic raids an early RKO talkie for a fantastic special effects sequence, and you won’t believe how it’s used — in a story about a TV personality (in 1939!) taking on a corrupt political mob. New York crumbles and is then washed away — sort of. It’s yet another Blu-ray debut of a title that not long ago we couldn’t see to save our cinema-curious souls. On Blu-ray from Olive Films.
10/31/17