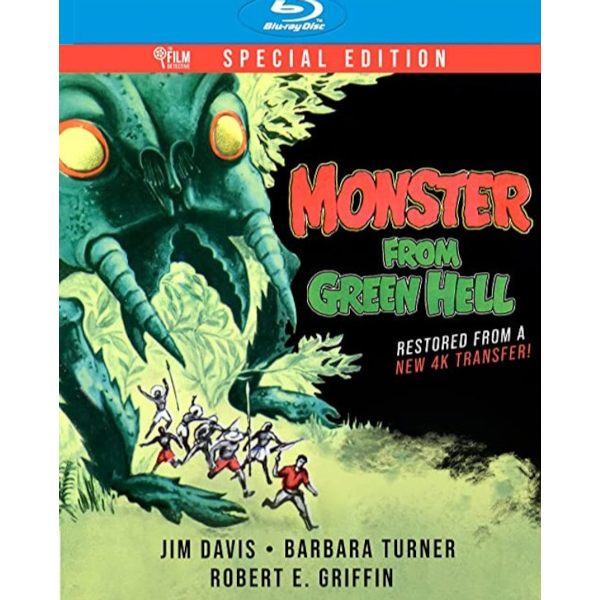 Remembered fondly as a permanent resident on all-night movie channels, this patchwork concoction has just enough ‘good stuff’ to qualify as a fun monster show. Jim Davis’s stock-footage safari arrives just in time to be irrelevant to the fate of the title monsters; some good actors are along for what amounts to a picnic in Griffith Park’s Bronson Caverns. There’s still not a full accounting of who did what, special effects-wise. But Hey!  The picture has stop-motion animation, which always guarantees viewer interest. On Blu-ray from The Film Detective.
03/08/2