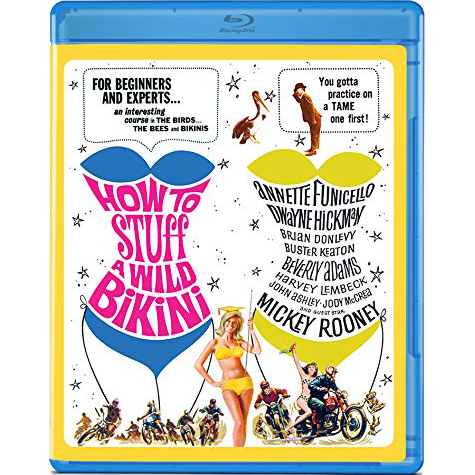 It’s the umpteenth film in the Beach Party series, which for a few years in the 1960s ran neck and neck with E.A. Poe over at A.I.P.. Buster Keaton is the deadpan highlight, while the pregnant Annette, an absent Frankie, Dobie Gillis, Andy Hardy and Professor Quatermass join forces to keep Eric von Zipper in line. Charlie Largent puts the A.I.P. picture to the Cowabunga test. Winner of seven Academy Awards, and given special honors by the Nobel Committee, who were Annette Funicello fans from way back. On Blu-ray from Olive Films.
06/15/19