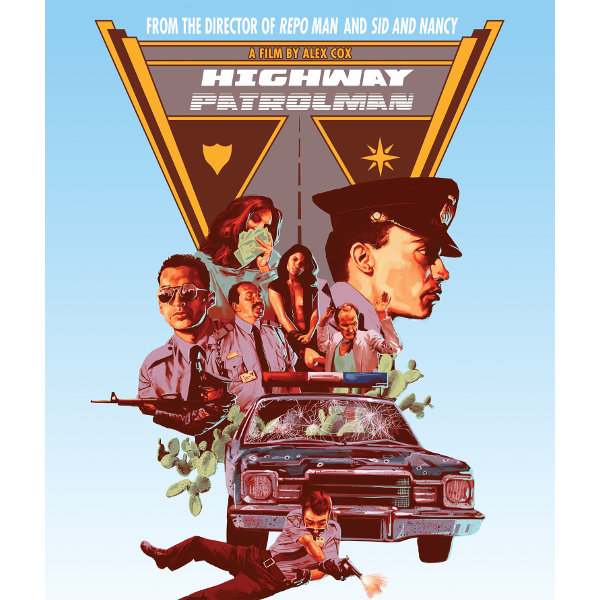 The prize for best direction of 1991 ought to have gone to Alex Cox, whose visual economy in this show is to be applauded. Cox’s camera is fluid, expressive yet technically invisible and unencumbered with fancy tricks: the frame never goes static, yet the film has only a couple of hundred cuts! Filmed in Spanish in Mexico, we get a non-cynical image of a culture and a story that’s universally applicable. Mexican neorealism? Roberto Sosa is an idealistic young recruit, who learns that reality is pretty rough out on the lonesome, deadly highway.. On Blu-ray from KL Studio Classics.
04/30/19