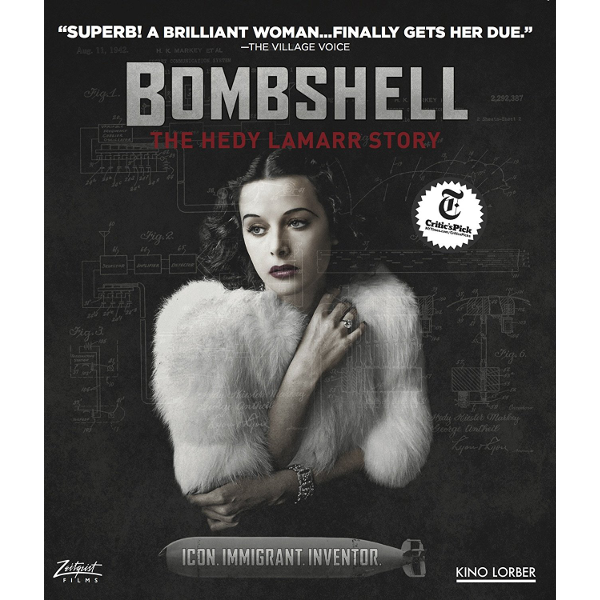 The pretty faces that give Hollywood its glamour eventually fade, but Alexandra Hall’s documentary reveals a remarkable woman who parlayed her beauty into an incredible life — from nude scenes in a notorious 1933 Austrian film, to eleven years in Hollywood as MGM’s ‘most beautiful girl in the world’, to a seemingly incompatible achievement: she invented a revolutionary communications technology for the WW2 war effort, and only belatedly received credit for it. A remarkable audio interview with the legendary lady brings a fabulous life into focus. On Blu-ray from Kino Lorber / Zeitgeist.
4/17/18