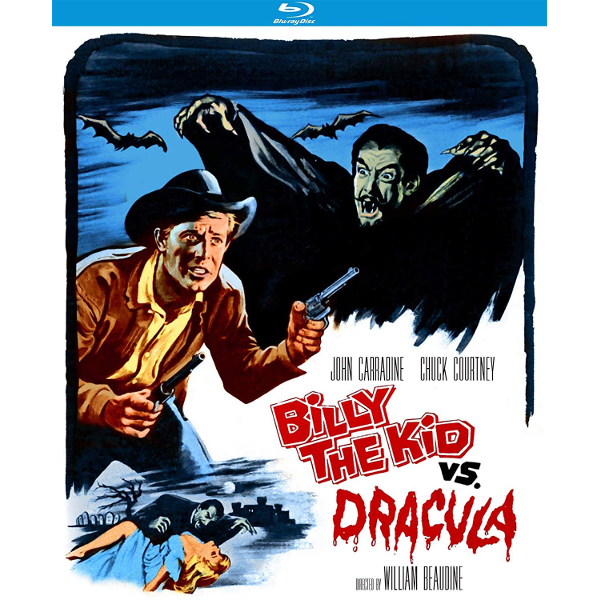 Charlie Largent takes on one of the last films of William Beaudine, a director that cranked ’em out in the good old days — this western-horror pastiche was likely filmed on the kind of movie ranch that the Manson clan would inhabit a year or two later. John Carradine called this his worst movie, but a couple of later efforts he hadn’t yet made might better fit the bill. Charlie’s coverage is a wonder — he stretches to find good things to say about B the K vs D, but the best he can do is to compliment the outstanding transfer. Special guest actress apparently present just for the Hell of it: lovely, much-missed Virginia Christine. On Blu-ray from KL Studio Classics.
08/10/19