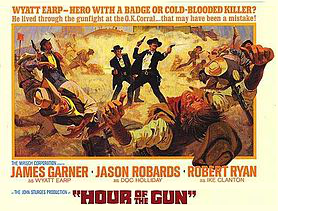 Hello! Hey, they turned up the heat for summer out here.

Twilight Time just announced their September releases, and they’re all good for disc fans. All six titles appear on the 19th: September (1987) is a serious Woody Allen drama set in a confined space, and is a good place to see the late, great Elaine Stritch. The unheralded Hour of the Gun is one of John Sturges’ very best westerns, with James Garner and Jason Robards. Lawman with Burt Lancaster is a Michael Winner film that’s actually not annoying. The CinemaScope, color and stereophonic sound Beneath the Twelve Mile Reef is from a script by A.I. ‘Buzz’ Bezzerides, with a great music score by Bernard Herrmann. And Gun Fury 3D is a Raoul Walsh western I’ve never seen, featuring Rock Hudson and Donna Reed in 3 Dimensions! 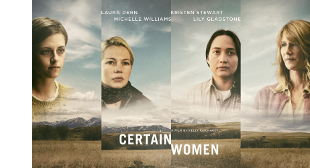 As for the side-by-side pictures at the top of the frame, my excuse is that my daughter’s dog inspired me. And ya can’t frustrate inspiration.