October’s Criterion lineup is out, and it’s special: Kubrick’s Barry Lyndon, Welles’ Othello, Dreyer’s Vampyr, Lynch’s Fire Walk With Me plus the newer attractions Personal Shopper and The Lure. That’s a great month — I’ve been curious to see Barry Lyndon again, I’m eager to see Vampyr at higher rez (it appears to be the same restoration as the previous DVD) and . . . wait for it . . . I’ve never seen more than a few clips of Othello.

Twilight Time’s October release list was divulged a couple of days back: Walter Hill’s Wild Bill, André De Toth’s Play Dirty (!), Henry King’s The Captain from Castile and John Gilling’s Hammer shocker The Pirates of Blood River. How about some great Hammer-Columbia B&W titles, TT? Double bills, maybe? Twilight Time’s July titles just came in and I’m trying to figure out how to tackle the PC minefield indicated by the presence of Everything You Always Wanted to Know About Sex but were Afraid to Ask . . . I still find much of it charming and hilarious. 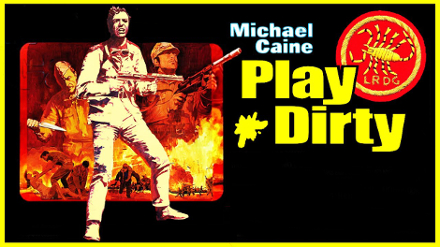 And a welcome 3-D Blu of Kong: Skull Island just sashayed in off a FedEx truck. I have no idea what to expect and am keeping an open mind.