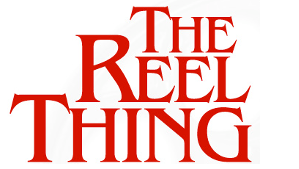 DVD Savant’s esteemed Field Correspondent Gary Teetzel reports from the A.M.I.A.’s The Reel Thing. The second day is underway now but we have the rundown on Friday’s program:

Friday’s lineup of presentations at The Reel Thing were:

1)
Recovering Early Optical Sound: Joseph Tykociner’s 1922 Composite Sound-on-Film System: The title sort of says it all–this was an early attempt to create optical sound, with a test demo. It was a form of variable density, and was recorded live to the film. It took up about a quarter of the area of the frame, forcing the image to be vertical. The audio we heard was fairly crude, and the poor quality of the elements didn’t help, but you have to give Tykociner credit for coming up with the system at such an early date.

2)
The Digital Post-It: Cataloguing Unstructured Metadata for Preservation in Distributed Databases Using Open Standards: Don’t even ask me to try to explain this one.

3)
Restoring The Ballad of Gregorio Cortez: The Result of a Long Partnership Between an Archive and a Festival: This discussed the work that the Academy did for years in association with the Los Angeles Latino International Film Festival. They restored several titles from different Latin American countries, and even a rediscovered 1935 Spanish-language film made by 20th Century Fox, Asegure a su mujer. (Antonio Moreno from Creature from the Black Lagoon was one of the stars.) The festival ended a few years ago, but inspired by those past projects the Academy has restored The Ballad of Gregorio Cortez. The original neg existed, only as un-conformed Super 16mm. Edward James Olmos had a 35mm blow-up print, but it was in bad shape. A rights holder had an interpositive, but refused to grant access. So the Academy scanned all sixteen hours of original neg and used Olmos’ print as a guide to put it back together in the digital realm.

4)
Artificial Intelligence for Automatically Repairing Vertical Scratches. Another one where I could not hope to explain the science, but the demos they showed were impressive — perfect restorations of shots with running vertical scratches from Don’t Go In the Basement * and others. Most impressive was a 1907 short, Laughing Gas. Like most films from that era the source element was covered with countless light scratches; Algosoft got rid of all of them, making the film look incredibly pristine, like nothing you’ve seen from that period. It looked someone had gone back in time and grabbed a brand-new print from the lab, then traveled back to 2017. In fairness, a couple people in the audience noted that grain had been de-grained and then re-grained, and argued that all this work altered the character of the film.

5)
HDR Video Mastering for Classic Cinema. This was mostly a rep from Sony showing clips from different decades of films they have transferred in HDR: The Bridge on the River Kwai, Close Encounters of the Third Kind, Ghostbusters and The Fifth Element. I was most impressed by CE3K. They showed the scene where Dreyfuss first encounters a UFO while in his truck. The added brightness that HDR gave to the flashlight, the headlights and, most importantly, the UFO made the scene really vivid; you could believe that half of Dreyfus’ face could turn red from the intensity of the light! The presentation prompted some healthy debate. A cinematographer in the audience had recently viewed a movie he had shot. Many of the aspects of HDR impressed him, especially color, shadow detail, etc. However, in close-ups and medium shots he felt that highlights on the actors sometimes looked unnaturally bright, and he worked with the colorist to try to tone it down and make it less (to him) distracting. He pointed out that he also felt the highlights on William Holden in the Kwai clip (Guinness and his men first arriving at the camp) looked excessively bright. With regards to CE3K he (or was it another audience member?) voiced serious doubts that Vilmos Zsigmond — a guy known to flash the negative to reduce contrast — would have approved. (Grover Crisp said that Spielberg had approved the HDR master.) The Sony rep emphasized that they get talent involved whenever possible to make sure they approve the HDR master.

By the way, since I’ve done such a lousy job of describing HDR in the past, here’s a better description from the presentation’s abstract:

“With an expanded palette of color and light, HDR technologies allow us to bring out more detail that was in the original negatives. The new HDR masters can represent values in the original film that could not previously be expressed due to the limitation of film and television distribution technologies. HDR technology provides a visual experience that can more closely approximate – on today’s screens and for today’s viewers – the look and feel of an original theatrical presentation. This does not necessarily mean that the images are ‘brighter,’ but rather expands on the use of better overall contrast, with better black levels and shadow detail, as well as highlights that can be used for effect. Maintaining saturation at bright levels as well as deep color saturation more in-line with film saturation are some of the main advantages for classic film titles.”

6)
The Troop, Redux: An ACES Reformatting and Archiving Case Study Project: This discussed the restoration of a short film by the Academy to help develop its ACES system (Academy Color Encoding System), which aims to help maintain color consistency across a variety of formats — HDR, HD, SD, etc. — and work on long-term archiving solutions for digital content. 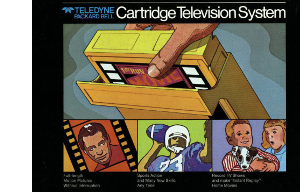 7)
The Sorrowful Spinning Saga of RCA’s SelectaVision CED Videodisc: A fascinating and funny look at the story behind RCA’s infamous SelectaVision Videodisc system, which spanned some 17 years. Studies to test the feasibility of discs with both picture and sound went back even further. There were some interesting bits about other technology along the way, like one offered in the ‘sixties in the Niemen Marcus catalog that consisted of a console TV with video tape recorder (reel-to-reel, of course) off to the side, plus a video camera. Cost? $30,000. There was also mention of the first consumer home tape system from the early ‘seventies (which I had never heard of) called Cartrivision. Here’s an article on it: How Cartrivision’s 1972 VCR Foresaw–And Forfeited–The Time-Shifted Future by Ross Rubin.

9)
Finally, YCM Labs showed clips from a restoration they are working on, a 1924 Marion Davies film called Lights of Old Broadway. The film is unusual in that it mixes a variety of film stocks and techniques: black & white, tinted scenes, 2-strip Technicolor scenes and one scene with Handschiegel color. –Gary

Thank you Gary, and I wish I could be there tonight for the restored premiere of Hawks’ Scarface, Shame of a Nation. —

I’d also like to point out a really important note from Michael Schlesinger about the truth behind the withdrawal from distribution of John Frankenheimer’s The Manchurian Candidate. The idea that Frank Sinatra pulled the movie over issues with the assassination of President Kennedy has been debunked for some time now, but Michael was in charge of the film’s re-premiere in 1988 and has the straight dope on the subject. It’s in a comment at the bottom of an article on The Manchurian Candidate at Joe Baltake’s The Passionate Moviegoer, from August 21.