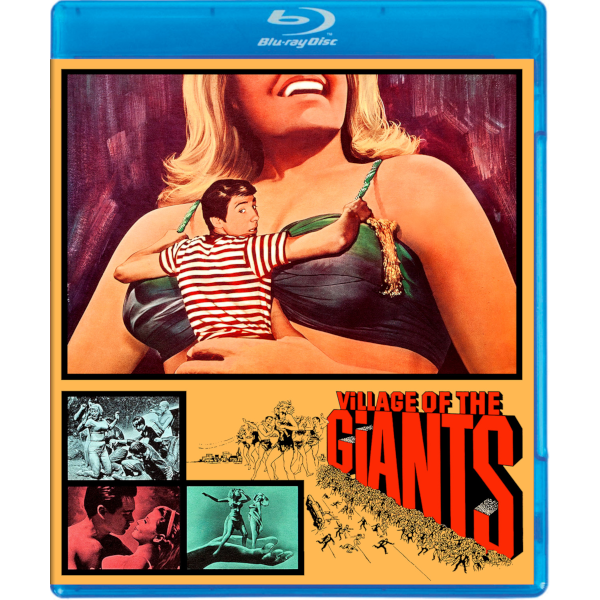 Bert I. Gordon’s career groove of shrinking and bloating various animals and people bottoms out in this trashy drive-in groaner: it’s colorful but nigh-unwatchable. The exploitation target is sci-fi and the teen musical, with incompatible helpings of pre-teen ‘cutes’ and girlie show jiggle for the raincoat crowd. The show apparently did well, but I heard mostly about resentful walkouts. Gordon’s early films have far more charm; this one mostly shows contempt for his audience. For fans that think there’s Camp value here, the Blu-ray transfer is sensationally good, as is the reproduction of Jack Nitzsche’s rock music score. The only thing to call this movie is Poor, but how can that be when I find so much to say about it?  On Blu-ray from KL Studio Classics.
02/22/22