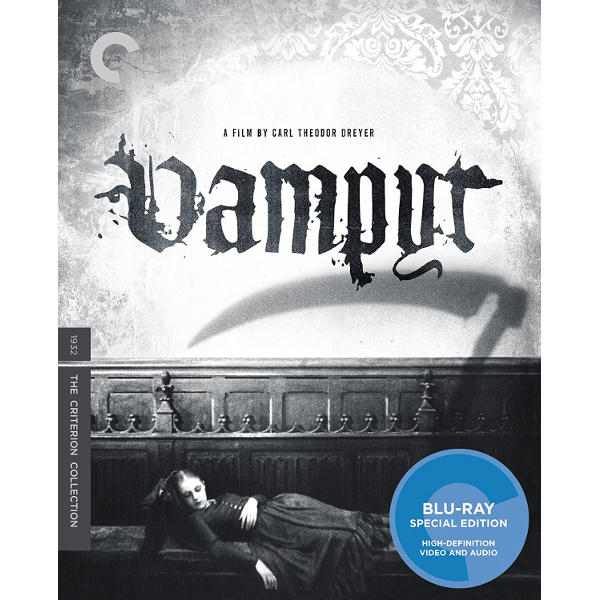 Of all the legendary early horror films Carl Theodor Dreyer’s vampire nightmare was the most difficult to appreciate — until Criterion’s disc of a mostly intact, un-mutilated 1998 restoration. Nightmares, waking nightmares, demonic hallucinations are the order of the day, in a near-experimental film that relates its horror to the power of faith. Dreyer creates his fantasy according to his own rules — this pallid, claustrophobic dream movie is closer to Ordet than it is Dracula or Nosferatu. On Blu-ray from The Criterion Collection.
9/19/17