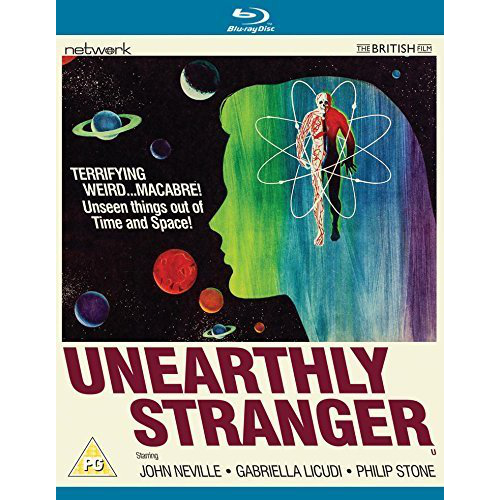 CineSavant reaches back to a U.K. disc released in 2014, because the subject is (what else) a semi-obscure science fiction gem. Favorite John Neville stars as a scientist opposite newcomer Gabriella Licudi, a beauty who may be an invader from outer space. This is the one with the teardrops that burn; not having seen it since 1966 or so, evaluating a ‘new’ Blu was an imperative. The main takeaway — it’s awfully small-scale and the fantastic content is mostly confined to dialogue. But the performances are good, and actress Jean Marsh is terrific. On Region B Blu-ray from Network/BFI.
12/04/21