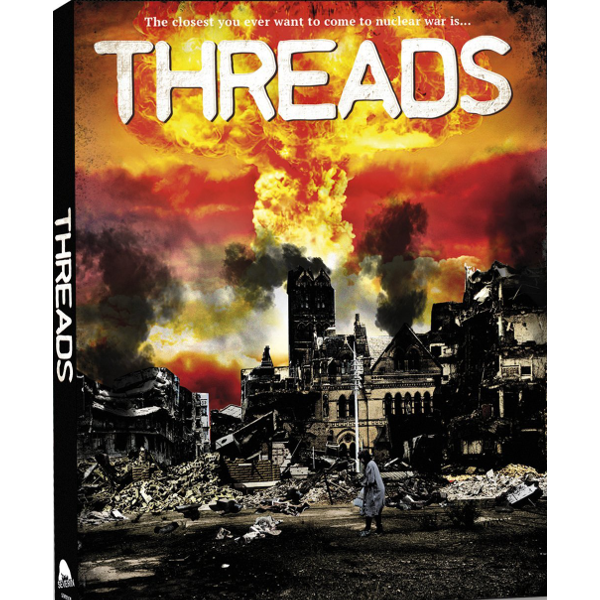 Hey kids! Learn about the great time we’ll be having if the nuclear powers plunge us into a nuclear winter! This post-atomic horror show traumatized England in 1984, and even saw some airings in the U.S. thanks to the liberal media magnate Ted Turner. The most extreme prime-time response to Ronald Reagan’s heating up of the Cold War standoff, it remains the most honest look at a possible grim future, that rubs our noses in the full consequences of a nuclear exchange. Together with America’s The Day After and Testament, this TV show shouted a big ‘no’ to pro-nuke programs like the Strategic Defense Initiative, cynically marketed as ‘Star Wars.’ On Blu-ray from Severin.
2/13/18