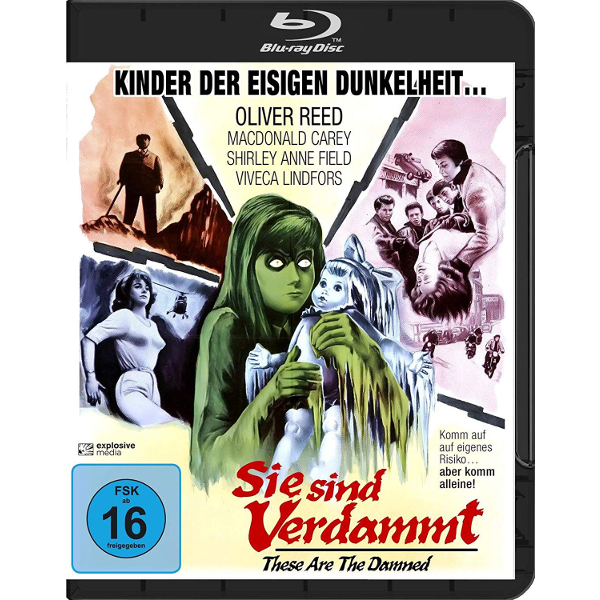 “Kinder der Eisigen Dunkelheit!”  If those words don’t give you a chill, you may be one of ‘The Damned.’ Joseph Losey’s fascinatingly morbid reflection on atomic terror was too much for England in 1961, wasn’t released in the U.S. for four full years, and then only after being shorn of nine minutes of footage. An ‘impossible’ Cold War scenario puts military authority on the same moral plane as delinquent street thugs. Losey transplants his subversive sensibility to England, and the result is one of the top political sci-fi tales of all time. The German release (“Sie Sind Verdammt”)  is fully Region-A compatible. On Blu-ray from Explosive Media GmbH.
07/06/19