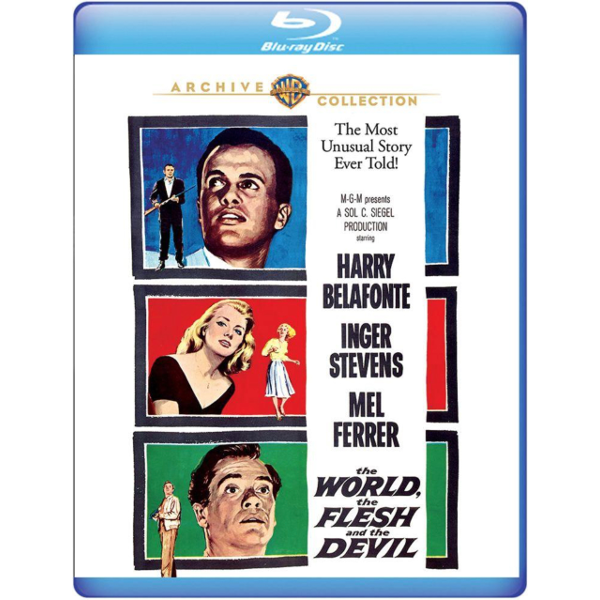 The world could come to an end in a lot of ways, but 1950s sci-fi was fond of making it end like a One-Act play. Harry Belafonte’s personal project soon drops the spectre of annihilation to cozy up to a statement about race relations. Despite the fact that his co-star Inger Stevens likely had the courage to take the material way, way farther, the last man and woman on Earth don’t even share a kiss. Can’t offend those distributors in Alabama, by golly. The film’s amazingly realistic vision of NYC abandoned after an atomic gas attack is stunning in HD — the show hasn’t lost its appeal, even if it deserts its second theme in favor of a rifle-toting showdown between Belafonte and Mel Ferrer’s villainous third-wheel survivor. On Blu-ray from The Warner Archive Collection.
11/02/19