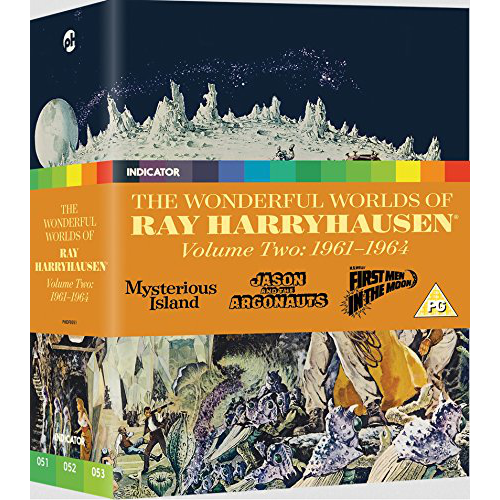 From the bottom of the sea to the surface of the moon, and from Greek legend to the fabulous future of (gasp) 1966 – the Harryhausen/Schneer Dynamation features were pushing the limits of film fantasy. Mysterious Island, Jason and the Argonauts and First Men IN the Moon run the whole gamut of Harryhausen effects wonderment. Charlie Largent gives these all-time favorites a close inspection – they’re import discs but they play in Region A. On Blu-ray from Indicator (UK).
11/25/17