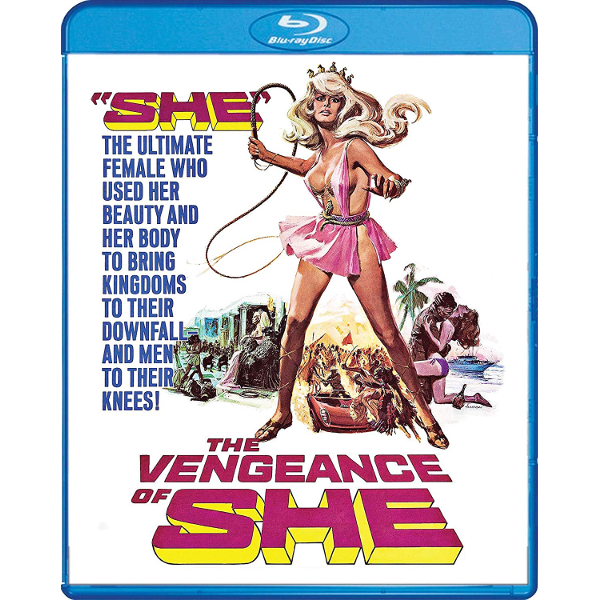 Olinka Berova is as sexy as Ursula Andress, but even with a new woman producer Hammer’s She sequel doesn’t give her new She-Who-Must-Be-Obeyed much of a chance — the story just sits there and the kingdom of Kuma is woefully under-produced. Good photography and acting help, but one doesn’t earn high marks for the Boys from Bray. The Czech import Berova is backed by John Richardson, Edward Judd, Noel Willman, Colin Blakely and everyone’s favorite André Morell. On Blu-ray from Scream Factory.
02/19/19