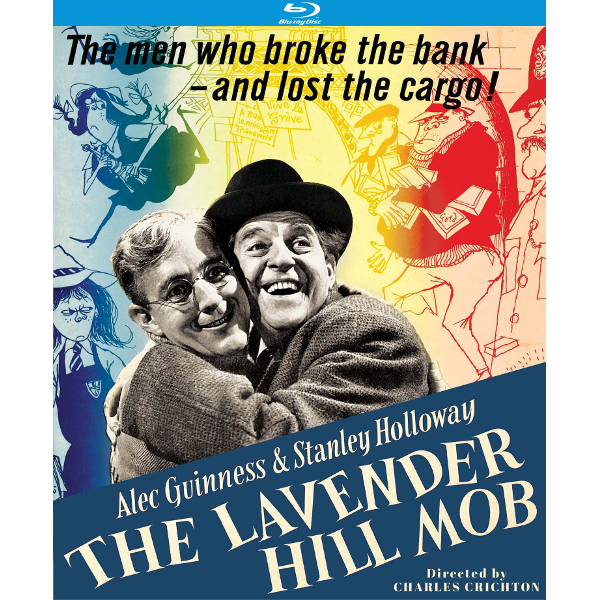 They’re ‘The Men Who Broke the Bank and Lost the Cargo!’ Alec Guinness and Stanley Holloway shine in one of the funniest crime comedies ever, Ealing Studios’ tale of a pair of nobodies who take the Bank of England for millions. Guinness’s bank clerk follows his dreams into a big time bullion heist, and the joke is that his ad-hoc mob is the most loyal, ethical band of brothers in the history of crime. This being a caper picture, the suspense is steep as well — just what is going to trip up these brilliantly gifted amateurs?   With great acting support from Sidney James and Alfie Bass, and on this disc, an audio commentary by Jeremy Arnold. On Blu-ray from KL Studio Classics.
10/15/19