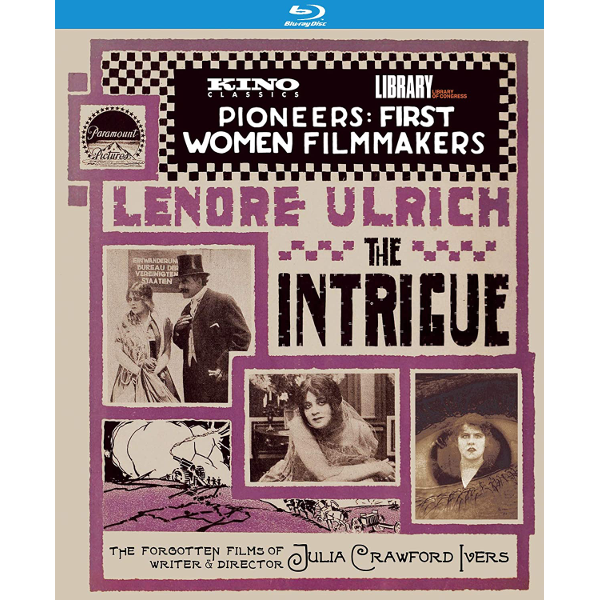 Look out, it’s an X-Ray Death Ray!  We rushed this review out, and it’s only 104 years late. One of the feature films on a new disc devoted to an unheralded woman filmmaker is The Intrigue, a nascent science-fiction thriller of the ‘deadly invention’ variety. It’s all from 1916, when WW1 was being fought. Julia Crawford Ivers’ adept screenplay offers good espionage twists, and Frank Lloyd’s direction incorporates some interesting visual effects. The show stays smart until a ‘pacifist finale’ that will elicit justified jeers from the hawkish among us. On Blu-ray from Kino Classics.
03/31/20