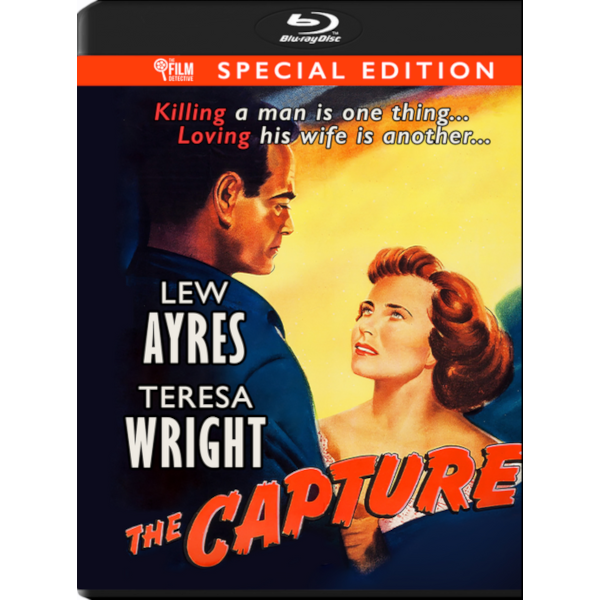 It’s a manhunt South of the Border — Niven Busch’s drama has violence and murder but is really a novelistic character study that goes against the typical rules of Hollywood. Lew Ayres tries to atone for mistakenly killing a man, by coming to the aid of the victim’s widow. But he doesn’t realize that Teresa Wright’s ranch wife has learned the truth about him. The independent production is a modern oil-field western set in Mexico, and unusual both in storytelling style and emphasis, with an atypical imperfect hero and a romance far removed from Hollywood clichés. John Sturges is the director of this interesting obscurity. On Blu-rayfrom The Film Detective.
02/05/22