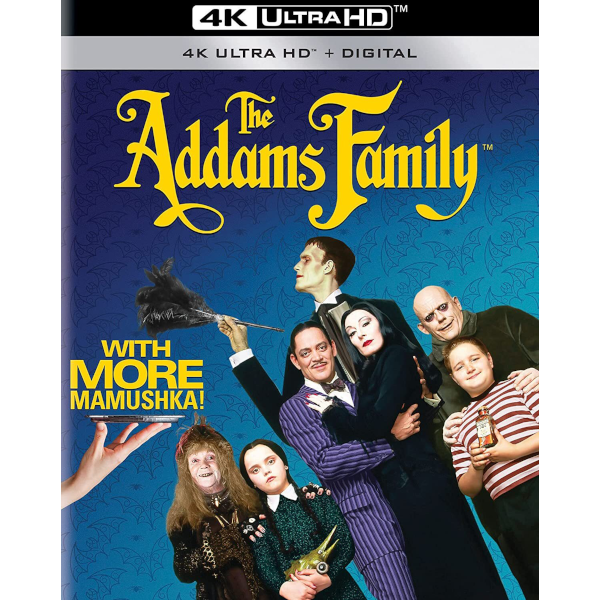 Barry Sonnenfeld leaped from hot cinematographer status to A- list director with this sure-footed big screen adaptation of the TV show based on Charles Addams’ marvelously morbid New Yorker cartoons. The cast is ideal: Anjelica Huston and Raul Julia complement TV’s Carolyn Jones and John Astin without inviting comparisons. Winning an imaginary award for making sick jokes safe for PG-13, the script has true wit. The characters have depth as well, which is wonderful. Daring to be out of step with the times, the elaborate production, costumes and special effects are all on the same page: director Sonnenfeld and producer Scott Rudin see to it that the goofy premise never wears thin. The 4K encoding is a dazzler. On 4K Ultra-HD + Digital from Paramount Home Video.
11/23/21