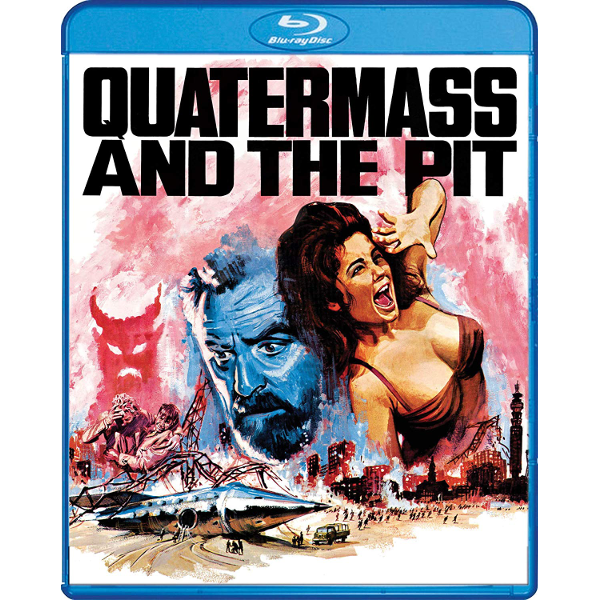 Don’t run away because we use the word ‘profound’ to describe this 1967 sci-fi classic — some call it the best of the Hammer Quatermass films, this time fully written by Nigel Kneale and acted by a terrific cast — Andrew Kier, James Donald, Barbara Shelley and Julian Glover. A subway excavation uncovers strange human skulls, and then a huge bluish craft that the Army dismisses as a secret German V-weapon… until it begins to emanate psychic storms and supernatural phenomena. Sci-fi fans wanting ‘more’ will be intrigued by author Kneale’s incredible ‘origin story’ for the human race as an intelligent, aggressive and literally haunted species. The disc is loaded with extras, information, history and great opinions from a half-dozen qualified film experts. Plus we can hear Nigel Kneale discuss it himself. On Blu-ray from Scream Factory.
10/22/19