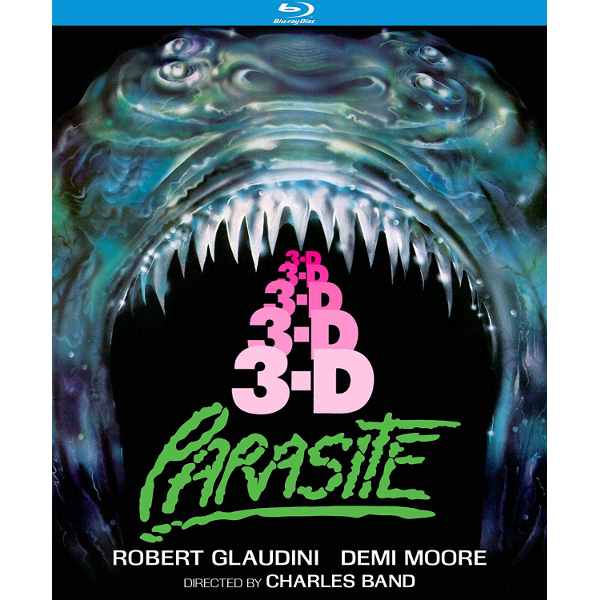 Nope, this isn’t the new Bong Joon-ho movie, but a 3-D oldie from 1982. Although it’s by no means a great picture, fans equipped for Blu-ray 3-D will want to take a look — the depth effects fashioned with the over’n’under Sterevision system are some of the best yet. Stan Winston provides director Charles Band with the ‘Alien’ rip-off title critters, and added interest is provided via an early appearance by Demi Moore, who sleepwalks through her part but certainly looks good. A full complement of extras tell the making-of story; the feature is also encoded in 2-D, for really imaginative viewers. With Cherie Currie, Luca Bercovici, Tom Villard, Vivian Blaine (!), and Cheryl ‘Rainbeaux’ Smith. On Blu-ray from KL Studio Classics.
10/19/19