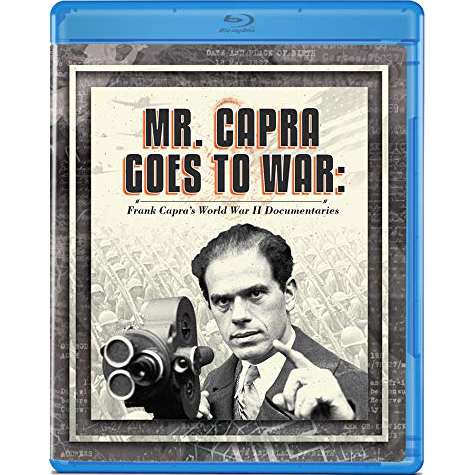 These wartime docu-propaganda films are fascinating, but critic Joseph McBride’s critical accompaniment is even better, nailing the meaning of five groundbreaking works of ‘indoctrination’ and giving us a refreshing revisionist take on one of America’s more revered film directors. The films are Prelude to War, The Battle of Russia (1&2), The Negro Soldier, Tunisian Victory and Your Job in Germany; get ready to hear plenty of ‘why we fight’ rhetoric and see all those dramatic animated maps, with swastika daggers making entire countries bleed. On Blu-ray from Olive Films.
11/06/18