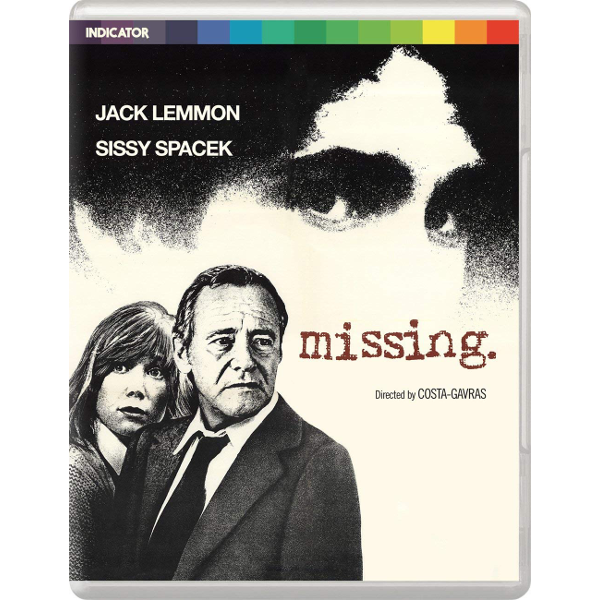 Costa-Gavras’ superlative political thriller begins with a skeptical attitude, but soon pulls viewers into the depth and breadth of a monstrous political crime aided and abetted by our own U.S. government. Sissy Spacek and Jack Lemmon headline a strong cast, in a story that our State Department called a pack of lies — until the truth became undeniable. With Melanie Mayron and John Shea; Filmed by a French crew in Mexico for Hollywood’s Universal Pictures, which stood behind the film even when our government complained. That’s a triumph for freedom of speech and expression. On Region B Blu-ray from Powerhouse Indicator.
9/04/18