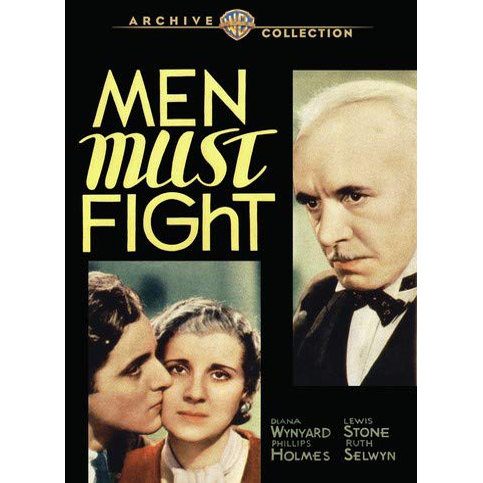 CineSavant obsesses over yet another obscure bit of cinematic sociology: a glossy pre-Code MGM melodrama about mothers and war, which half-debates issues like pacifism, the losses of world war one, military vigilance, cowardice, chemical WMDs and foolish idealism! But don’t worry, the title statement is the ultimate answer to everything. Oh, it’s also political sci-fi: it takes place in the future year of 1940, when New York City comes under aerial attack, with skyscrapers bombed to bits and poison gas dropped in the streets. No, this is not new, it was released in 1933. Starring Diana Wynyard, Lewis Stone, Robert Young, Phillips Holmes, May Robson and some outrageously good special effects. On DVD from The Warner Archive Collection.
05/14/19