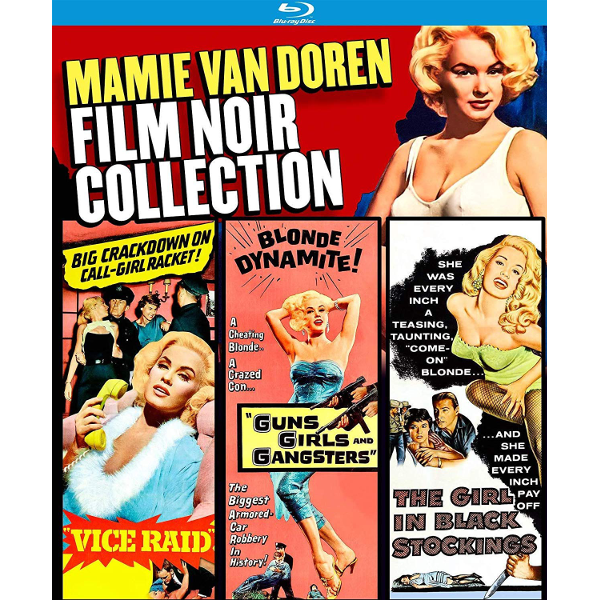 Charlie Largent looks back at three crime-themed shows featuring the platinum blonde bombshell Mamie Van Doren. In The Girl in Black Stockings she’s a possible target for a serial killer at a Utah resort. Guns Girls and Gangsters sees her involved with high-stakes armored car robbery. And in Vice Raid she’s a good-time-gal trying to protect her younger sister from nasty hoodlums. I guess there’s some noir in there somewhere!  Plus an interview with Mamie herself — where she discusses bullet bras and reminds us that she once played opposite Clark Gable! 3 features on Blu-ray from KL Studio Classics.
12/08/18