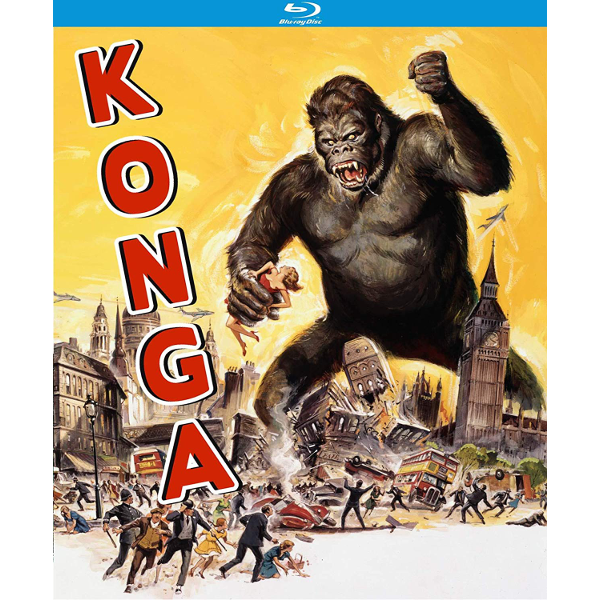 Ah yes!  It’s not exactly I Was A Teenage Gorilla but it comes close. Herman Cohen’s made-in-England monster opus has Michael Gough chewing scenery to put something exciting on the screen. Other fine actors sort-of bring to life the tale of a really nasty scientist’s revenge plan using a chimp pumped up with his super-duper growth serum. The lecherous Gough has a field day, and every fifth special effect looks pretty good — the entire ‘sensational’ action climax consists of one stroll in London Town. I was little when this came out and we all thought it was shocking, fantastic and incredible — but all I saw was the poster. Perhaps Reynold Brown’s artwork is the best thing about the picture — which finally looks tip-top in HD and good color. Trailers from Hell’s Charlie Largent gives it a warmly nostalgic look-see. On Blu-ray from KL Studio Classics.
11/16/19