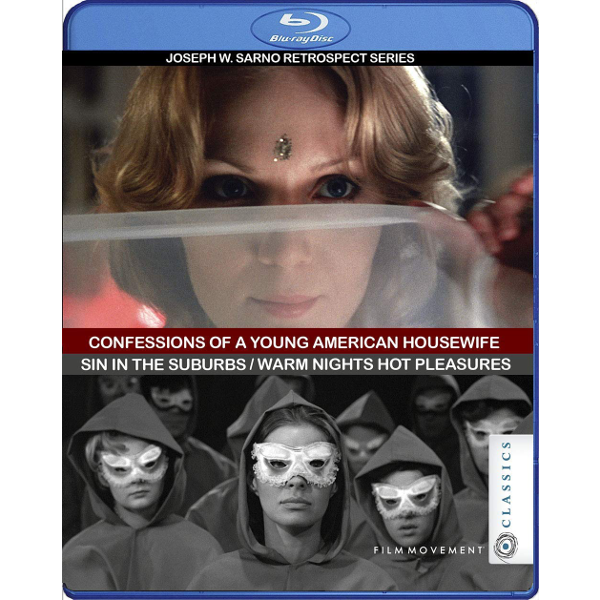 Let the debate about the incompatibility of film art and screen eroticism commence: Joe Sarno is back!  His 1964 Sin in the Suburbs is still a slice of genuine Americana, considered total smut when first released but barely notable now except for the sordid believability of its subject matter. Is Sarno the Cassavetes of his own subgenre, the ’60s softcore sex soap opera? He certainly impresses as a man with a cinematic mission, following the beat of a different drummer. Joining Sin is Confessions of a Young American Housewife and a bonus feature, Warm Nights and Hot Pleasures. On Blu-ray from Film Movement Classics.
10/06/18