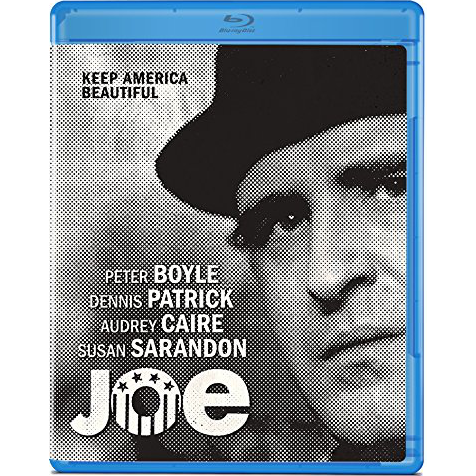 Reactionary deplorable hard hat hardcase Joe meets a complimentary maniac in a businessman-turned hippie killer, and the murders begin, all justified with tough talk over booze. Peter Boyle burst out of group comedy into the forefront with this surprise hit, which began a sub-genre of Nixonian retribution pictures. The show also introduced Susan Sarandon, who had to go back to TV soaps before stardom hit. Reviewed by Trailers from Hell’s Charlie Largent. On Blu-ray from Olive Films.
5/05/18