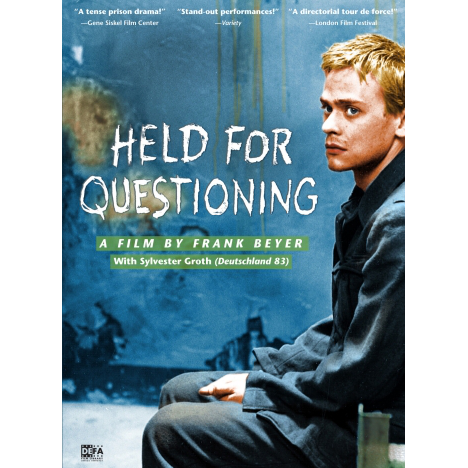 Sylvester Groth shines in this East German movie about a luckless private in a Polish prison, thrown in with a group of defeated Nazi war criminals. For a country that usually paints the ideological divide in black and white red, Frank Beyer’s film of Hermann Kant’s semi-autobiographical story is surprisingly even-handed; in the awful aftermath of WW2, millions of soldiers never found their way back to their countries of origin. An excellent addition to films from behind the old Iron Curtain, on DVD from The DEFA Film Library.
8/22/17