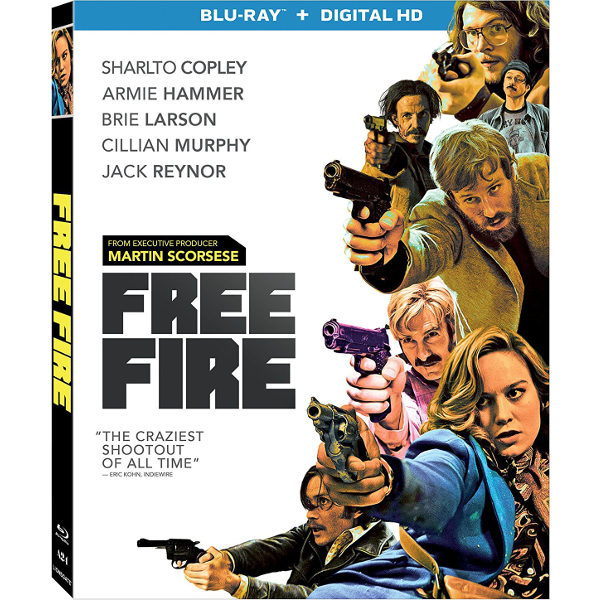 Have an itch to see a movie about a gunfight, the whole gunfight and nothing but the gunfight? Search no more, for Ben Wheatley and Amy Jump have the movie for you: twenty minutes of angry crooks in conference, and then seventy minutes of non-stop shootin,’ with no annoying plot context or character depth to get in the way. Just say ‘Bang Bang I shot you down’ and then play it in a loop ad infinitum. Starring Brie Larson, Cillian Murphy, Armie Hammer, Sharlto Copley, Babou Ceesay, Noah Taylor, Jack Reynor, Mark Monero and Patrick Bergin. On Blu-ray from Lionsgate.
7/04/17