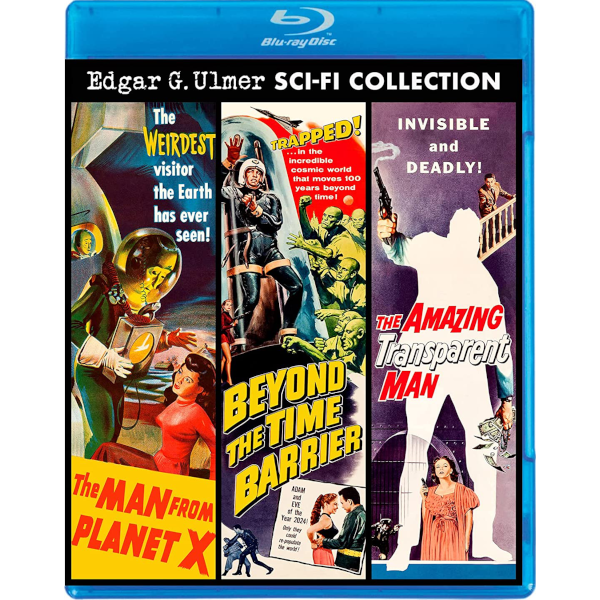 Kino’s triple-threat Edgar Ulmer show has great commentaries plus HD debuts of his two ‘Texas’ movies, that likely have not been seen in their original widescreen aspect ratios since the 1960s. Ulmer’s first tale of a solo space invader The Man from Planet X has the pleasing look of a silent-era expressionist film. His take on a time travel paradox Beyond the Time Barrier uses Air Force cooperation to project pilot Robert Clarke from 1959 to the far far future date of 2024 (ulp!). And Ulmer’s cut-rate The Amazing Transparent Man is a master thief sprung from the pokey to help with a mad scheme to conquer the world — but the crook instead rushes to rob a bank!  The excellent presentations will have special appeal for connoiseurs of exotic sci-fi thrillers. On Blu-ray from KL Studio Classics.
04/05/22