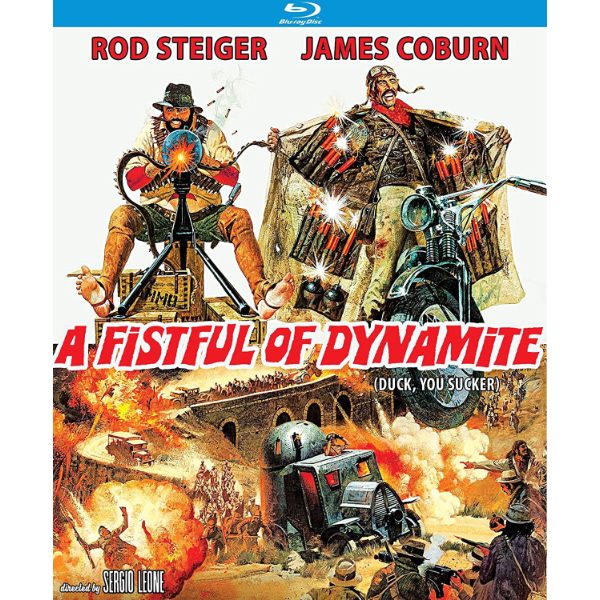 Savant leaps into yet another look at this Sergio Leone favorite, that’s probably the least popular of his big-scale westerns. The review is another chance to put forward a pet theory about “what it all means” — I’m convinced that Leone’s confusing continuity leave many viewers up in the air about basic plot point! The new disc re-reverts to what Savant thinks is the wrong title, but includes a tall stack of good extras, including two audio commentaries. James Coburn, Rod Steiger and Romolo Valli star; Ennio Morricone’s most expressive music score overwhelms Leone’s visuals! On Blu-ray from KL Studio Classics.
3/06/18