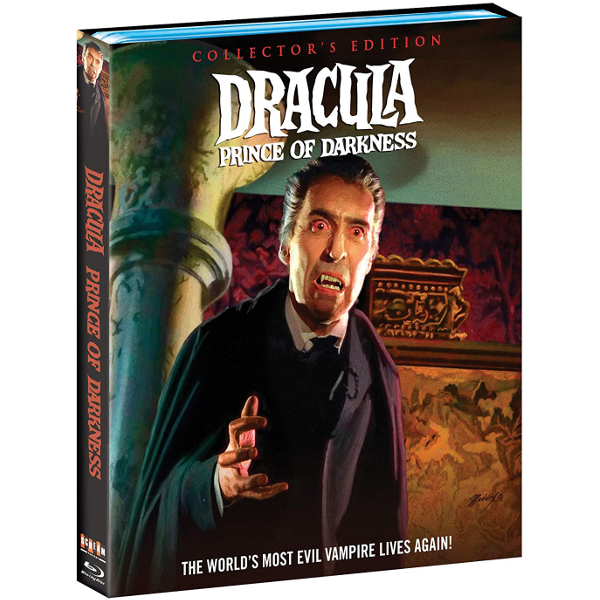 How to shake up a mid-sixties slump at Hammer Films? It’s back to basics time, with Christopher Lee returning in a most unusual way: there wasn’t much left of Dracula at the finish of his first outing as the number one supernatural public enemy. Terence Fisher is also back, enlivening the third film in the series with some surprisingly excessive gore. Barbara Shelley’s superb performance makes her Hammer’s most self-possessed heroine.. On Blu-ray from Scream Factory.
12/25/18