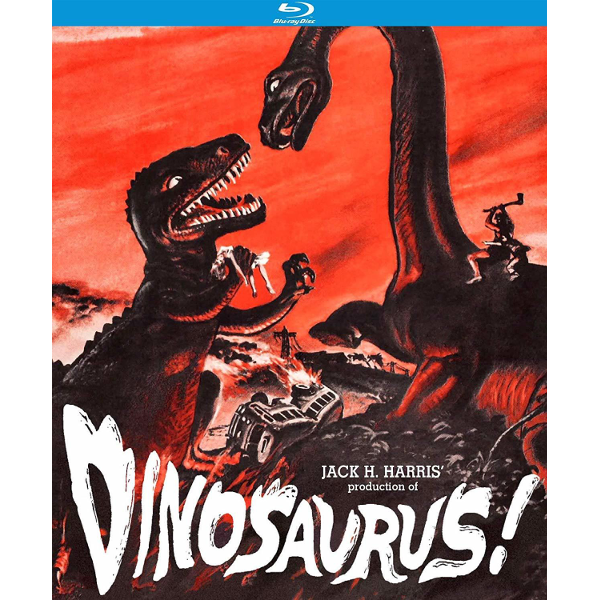 Were movie folk blind in 1960? We kids were so dino- crazy, ANY movie about dinosaurs would have cleaned up at the box office. We’re told that Jack H. Harris didn’t do badly with his third turn at the wickets, despite thunder lizards with a complexion of Jurassic Pla-Doh. The Romper Room dramatics didn’t offend my eight-year-old sensibilities, either. The movie had a caveman for comic relief and a klutzy villain that all but eliminates himself, so kid-safe it is even if people are being devoured alive. And hardly any kissing scenes, Ma. With Ward Ramsey, Kristina Hanson, and Paul Lukather. On Blu-ray from KL Studio Classics.
09/07/19